Aamir Liaquat’s postmortem should and will take place: Dania Shah 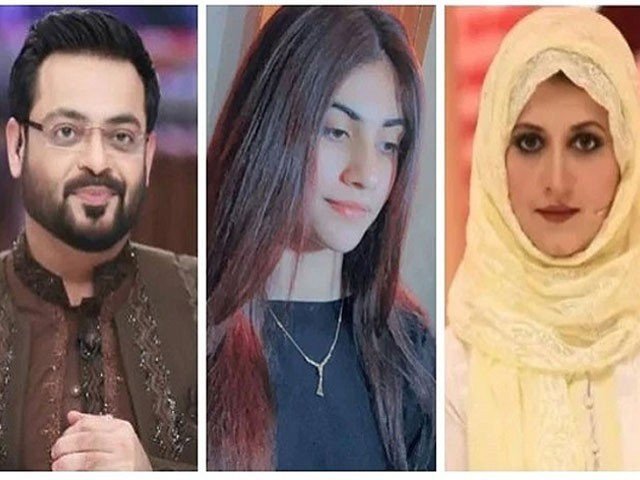 Aamir Liaquat Hussain’s third wife, Dania Shah stated on her Instagram that her husband’s postmortem should and will be conducted. Dania claimed that Bushra Iqbal, the ex-wife of her husband, was postponing the autopsy alleging that she was threatening to kill her if she come to attend the court hearing.

“Postmortem will and should take place and everything will be cleared. There must be a reason why [Bushra] is delaying the postmortem,”  Dania claimed.

She continued by claiming that Bushra was attempting to act helpless in order to attract the media’s attention. 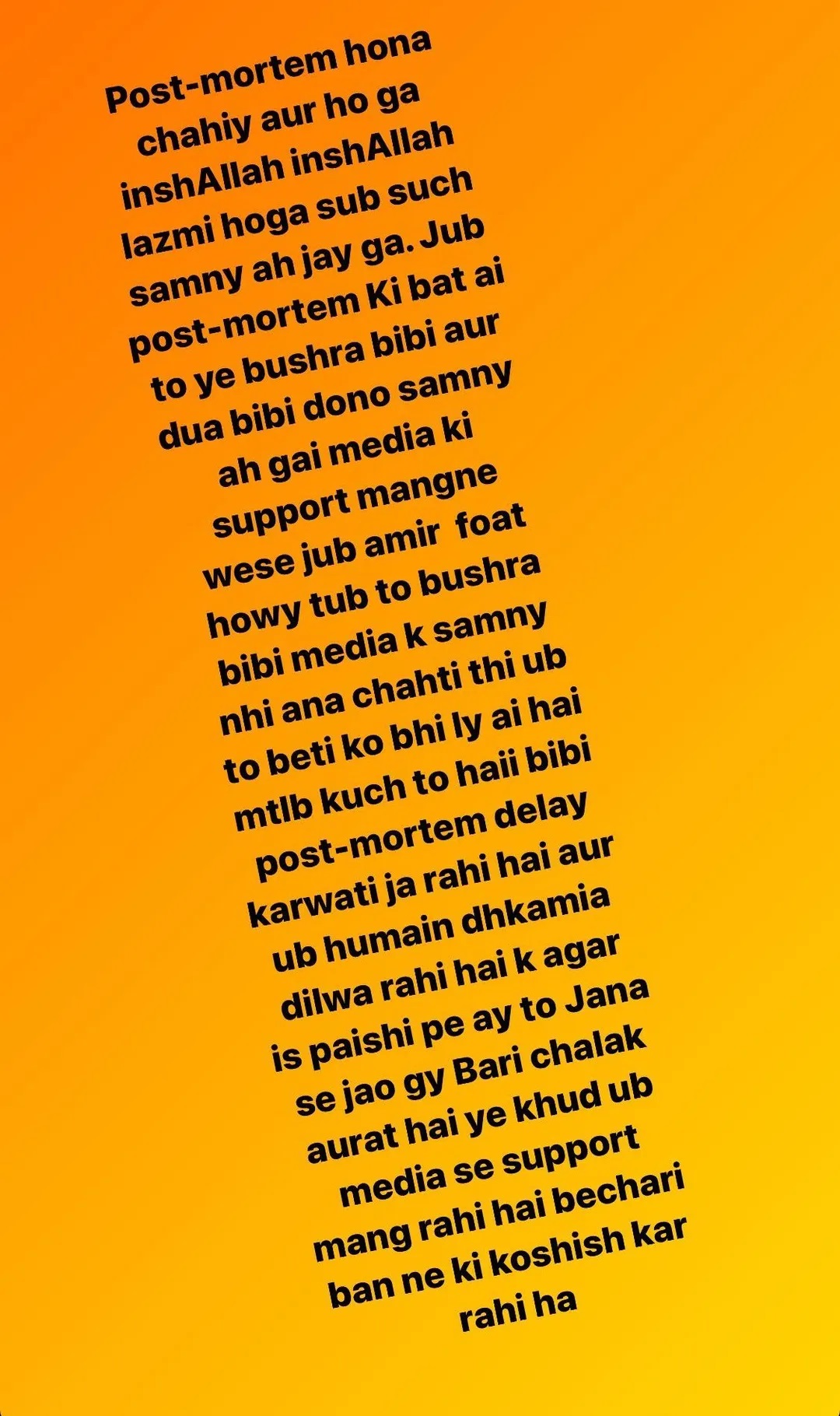 Dania voiced her ire at Bushra, accusing her of using Aamir’s phone to spread rumours. “Bushra, you have stolen from Aamir in the name of your kids. When his video was leaked, where were you? “It was her.

Dania Shah 18-year-old went on to say that she had the right to have a postmortem performed and that she would have the incident looked into.

She also mentions that Bushra didn’t come forward during her ex-husband’s death. But brought her daughter to the media after hearing post-mortem. Dania also claims that Aamir Liaquat’s first wife is making phone call threats to her, stating she’s clever and is only after her ex-husband’s money.

The court issued its ruling after hearing an appeal from Aamir Hussain’s son and daughter against the judicial magistrate’s order.

Aamir Liaquat Hussain has three marriages. Syeda Bushra Aamir, his first wife, they have two kids. He and Syeda Tuba Anwar officially announced their second marriage in June 2018. The duration of this union was about three years.  Then Amir wed Syeda Dania Shah,18 years old, in February 2022. After three months of marriage, his third wife Syeda Dania Shah filed for divorce in May 2022.

However, Aamir Liaquat Hussain passed away in Karachi on June 9, 2022. Liaquat allegedly screamed in agony from his locked room, his servant said.

The door was broken down after the servant knocked and received no response, and he was found unconscious. The staff at Agha Khan hospital confirmed that he had died prior to arriving when he arrived there in critical condition. Police suspect that suffocation from gases from a home generator was the cause of death, though the exact cause of death has not yet been determined. There is still a chance of mischief. The funeral prayer was held on Friday, June 10, 2022, and was presided over by his son Ahmed Aamir. In Abdullah Shah Ghazi’s cemetery, he was laid to rest.