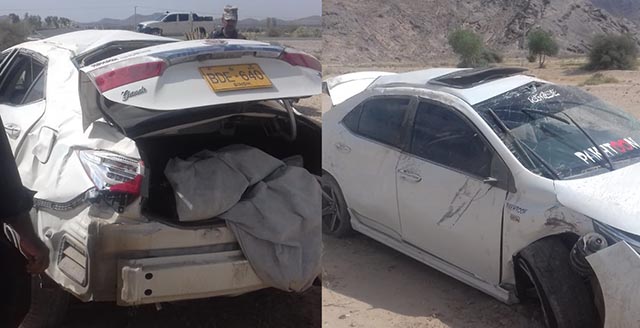 QUETTA: At least two people died in a collision between a motorbike and a car on National Highway near Baghban area of Khuzdar district on Monday.

According to Levies sources, the victims were on their way somewhere on a motorcycle when a car hit them coming from the opposite direction due to over speeding.

As a result, both victims received serious injuries and were rushed to nearby hospital for medical treatment where they succumbed to their injuries during initial treatment.

The bodies of the deceased were identified as Muhammad and Abdul Rehman and were handed over to the legal heirs after completion of medico legal formalities.