Control room setup to deal with emergency in flooding 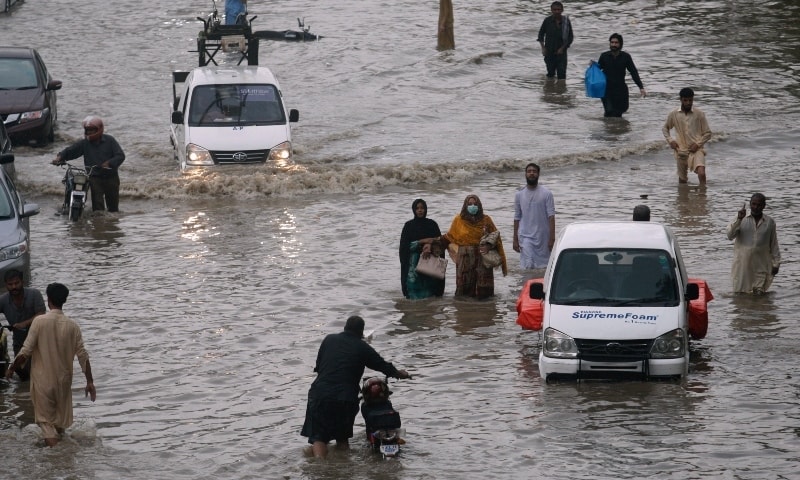 DERA ISMAIL KHAN: A meeting was held here on Monday to review arrangements to deal with the recent heavy rains and flood situation in its wake and a control room was set up to ensure timely response in case of emergency.

The Deputy Commissioner was given a detailed briefing regarding the flood situation in the areas which was lashed by heavy rains, especially the villages adjacent to Tehsil Prova and Tehsil Paharpur. The meeting was also informed about rescue and relief operations in those areas.

The meeting was told that due to heavy rains and flood situation in Tehsil Prova, two people died and three were injured. Likewise, 26 cattle were lost. As many as 83 houses were completely destroyed while 125 houses were partially damaged.

During the relief operations, 200 families were Shifted to the Government Higher Secondary School Ramak center. Similarly, several relief items were distributed among the affected families including 150 tents, 150 mattresses, 500 mosquito nets, and food and medicines. Addressing the occasion, the Deputy Commissioner directed all relevant departments to ensure timely and better arrangements to deal with any untoward situation.

The Deputy Commissioner further directed that all the Assistant Commissioners and officials of the revenue department, especially the Patwaris should remain alert regarding heavy rains, landslides, and floods in their respective areas and should inform the authorities of any situation. Likewise, the TMOs and WSSC, and Irrigation Department were directed to ensure smooth flow of rainwater in water courses.

The DC also urged people to take precautionary measures keeping in mind the forecast issued by the Meteorological Department, especially the people around the affected areas.

The officials concerned were directed to ensure the availability of medicines in the centers so that the people can be provided with timely and better health facilities. Similarly, the education department should identify those schools which are located in higher places so that they can be used as shelters for the affected people.