The country was facing a serious economic crisis due to the previous regime’s bad governance: Maulana fazlul Rehman 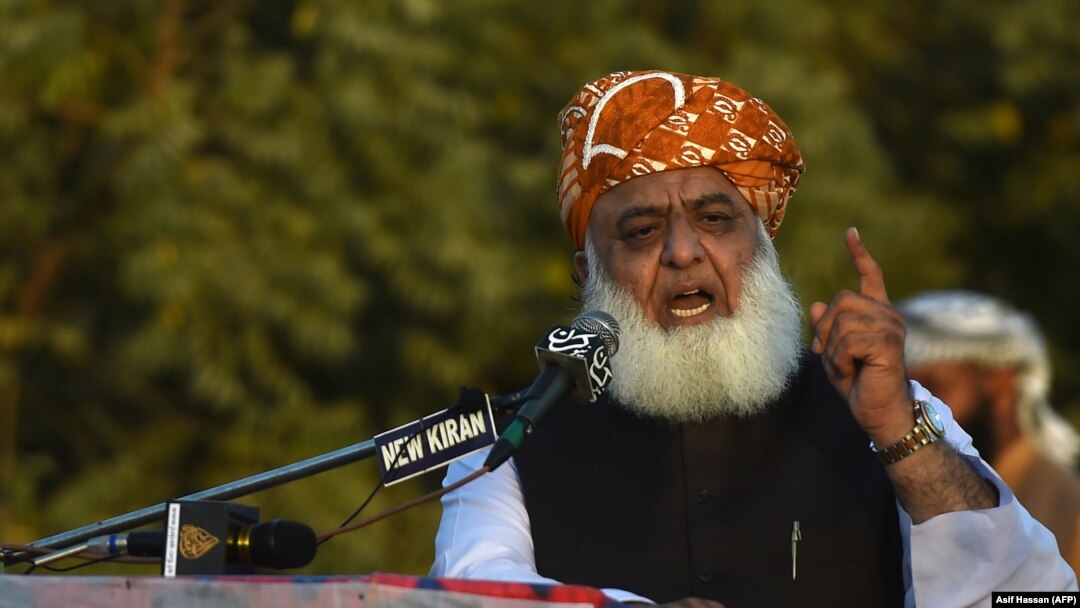 Pakistan Democratic Movement (PDM) Chief Maulana Fazl-ur-Rehman, while highlighting the current political situation, said, “We want to make the country economically stable. All of us are on one page to set the economy on the right track and let us do it.”

He said the country was facing a serious economic crisis due to the previous regime’s bad governance, but “we saved it from bankruptcy and brought it on the road to progress”.

The coalition government, he said, desired that a full court bench should hear the Punjab chief minister’s election case. The formation of a full court bench was a demand of the justice and there should be no controversy in its verdict in the larger national interest.

Seconding PML-N Vice President Maryam Nawaz’s views, Fazl said the government wanted to strengthen the judiciary but “their decisions should also speak themselves”.

The PDM chief said the incumbent government, which was given the mandate by people, was not being allowed to function properly. The people’s confidence in the state institutions needed to be restored and for that the latter should assess their role and hold themselves accountable.

At the outset, Maryam Nawaz highlighted the importance of justice dispensation in the society without any discrimination for achieving the required goals of national development and prosperity.

She quoted the famous saying of Winston Churchill, who during World War-II had said,” “Whether the country’s courts are dispensing justice, if yes, no force of the world can defeat us.”

It was unfortunate, she said, that during the last few years, there was a series of “startling decisions given by the judiciary.” There could be a ‘wrong decision’ but there should not be consistency in that regard as the court verdicts left a deep impact on the society for decades.

The PML-N vice president said she had been advised by the ‘sympathisers’ not to hold the media talk as it would affect her appeal in the Panama case that was being heard by the Islamabad High Court and was in the “final stages”. However, “I said the people’s representatives have to think beyond themselves and think about the people.”

“I can write an essay praising the judiciary but one wrong decision will dismiss the entire [argument],” she said, adding that on the other hand, a decision based on justice could withstand criticism.

She said Hamza Shehbaz won the slot of Punjab chief minister in the  run-off election, but the Pakistan Tehreek-e-Insaf (PTI) approached the Lahore Registry of Supreme Court, with its workers jumping the court walls, and that also opened late night despite a holiday. It was ironic that the Registrar waited for filing of the petition that was not even ready by that time, she added. “It never happens in the filing of petitions.”

Maryam Nawaz expressed concern over the existing system of petition filing and constitution of court benches.

She recalled that in the Senate chairman’s election as many as six votes were rejected; and subsequently Muhammad Sadiq Sanjrani was elected as the chairman. The court was approached which said that the ruling of the presiding officer “cannot be challenged”.

Contrary to that, she said, in the Punjab chief minister’s election, Deputy Speaker Dost Muhammad Mazari rejected 10 votes of the Pakistan Muslim League-Q on the advice of party head Chaudhry Shujaat Hussain, but in that case the PTI was being fully entertained by the court.

The PML-Q president had asked his party’s members of the Punjab Assembly to cast their vote in favour of Hamza Shehbaz, but they defied, so their votes were rejected in line with the law and the Constitution, she added.

Maryam Nawaz said Punjab Assembly’s deputy speaker was summoned by the Supreme Court on rejecting the PML-Q votes, but former National Assembly deputy speaker Qasim Suri, who had violated the Constitution by rejecting the no-confidence motion against the then prime minister Imran Khan, was not summoned.

She said 25 lawmakers in the Punjab Assembly were de-seated by the court on a petition of the PTI and even their votes were not counted in the chief minister’s election held in April. “Ninety-five per cent independent jurists said that it was tantamount to rewriting

She viewed that the interpretation and definition of the Constitution should not vary on case to case basis.

Maryam Nawaz said PML-N chief Muhammad Nawaz Sharif was ousted in the Panama case from prime ministership and even removed from the party’s top slot for holding an ‘Iqama,’ maintaining that the party head was ‘everything’ as he influenced running the party affairs and the voters.

“Now, when Chaudhry Shujaat Hussain as the PML-Q head gives directives to the party members, they come under question. But, when PTI chairman Imran Khan gives order it stands respectable,” she said, adding in the case of Chaudhry Shujaat, the parliamentary party stood superior, but in the PTI case, the party head was given weightage.

“There is no insult to any institution from outside as it happens from within.”

Maryam Nawaz said since Hamza Shehbaz had become Punjab’s chief minister, he was unable to perform his duties as he remained stuck up in matters related to ‘the parliament and the court.’

She said the previous PTI government had ruined the national economy, but no one commented on it, but they started commenting on the state of economy when the incumbent government came into power in April, 2022.

If the economic comparison had to be drawn, she said, it would be between 2017, when Nawaz Sharif was ousted, and April 2022, when Imran Khan left the economy on the ‘ventilator’.

She said the majority of the judges enjoyed a good reputation and integrity, and they should also be made part of the benches hearing the PML-N cases.

She regretted that the PML-N leadership was called with the titles of ‘Godfather and Sicilian Mafia,’ besides holding extensive investigation against them but the corruption of even a single penny was not proved against them.

She said the PTI, during its previous 126-day sit-in 2014, had launched a physical attack on the state institutions, including the Parliament House and the Pakistan Television Headquarters, but unfortunately, he was not held accountable. Now, that episode was repeated when the PTI was given access to the (Federal Capital’s) Red Zone for the peaceful long march, but it turned into a violent protest.