* CJP to be requested to form full bench to hear petitions filed with reference to Punjab CM election
* 10,000 to 15,000 PML-N workers likely to march on Supreme Court today to bring judiciary 'under pressure'
* Showdown feared as PTI, PML-Q workers also likely to converge outside SC
* Fawad says 11,000 tweets against SC judges done as part of an organised character assassination campaign 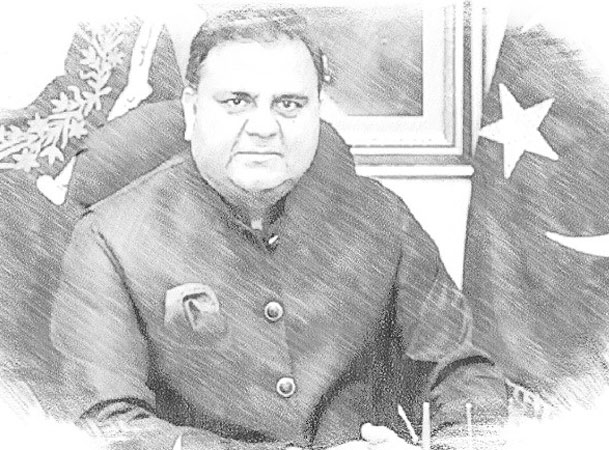 As the Supreme Court is set to hear a petition filed by Chaudhry Pervaiz Elahi against Deputy Speaker Dost Muhammad Mazari’s ruling over the election of Punjab chief minister today, chances of a ‘showdown’ between two major parties to the case cannot be ruled out.

Starting from a ‘request’ to Chief Justice Umar Ata Bandial to form a full bench to preside over petitions filed with reference to the chief minister’s election in Punjab, PML-N leaders are prepared to quickly move over to the next stage if need be. A strong protest of no-confidence in getting a just verdict from the present bench would then be registered. Any failure to get traction would signal the party leadership to issue a clarion call for a violent march upon the Supreme Court.

Sources told Daily Times that ruling Pakistan Muslim League-Nawaz (PML-N) has decided to hold a ‘power show’ outside the Supreme Court premises on the occasion of the crucial hearing today. Under a planned move, around 10,000 to 15,000 PML-N workers will march on Supreme Court today to ‘express solidarity’ with their party leadership. Sources said that the PML-N plans to hold a ‘power show’ outside the Supreme Court to bring the judiciary under pressure so that the way could be paved for constitution of a full court for hearing the case related to Punjab chief minister’s election. According to sources, the PML-N is not hopeful of a ‘favourable decision’ as it thinks that the three-member bench currently hearing the case ‘has its eyes open’ and in this situation, only a full bench might be of some ‘help’.

However, what makes the things more critical is the possibility of a clash outside the Supreme Court as PTI and PML-Q workers are also likely to reach the venue to support the stance of their party on the matter of Punjab CM’s election. It is pertinent to mention here that after the election for the post of Punjab chief minister on the night of July 22, hundreds of PTI workers had reached Supreme Court’s Lahore Registry to register their protest against what they called unconstitutional ruling by Punjab Assembly deputy speaker Dost Muhammad Mazari.

Amid a planned character assassination campaign of Supreme Court judges ongoing at social media, reports surfaced that the PML-N-led federal government has made ‘foolproof’ security arrangements at the Supreme Court premises for the hearing today to ensure safety of the judges as well as maintain law and order. In connection with the security arrangements, anti-riot force has been deployed in the Red Zone. Only government officials, media and people having special permission passes will be allowed to enter the Red Zone. Additional police contingents have also been deployed at important buildings including Prime Minister’s House, Parliament House, Supreme Court, Diplomatic Enclave and Pak Secretariat.

Commenting on the situation, PTI leader and former information minister Fawad Chaudhry said that the PML-N had started criticizing the judiciary and in the coming days it will begin speaking against army as well. He maintained that the PML-N feels that it has made a big mistake by aligning itself with the Establishment against Imran Khan and now Maryam Nawaz will ‘seek to push an anti-establishment narrative’. “The flaw in this scheme is that the people are no longer those of the 1990s and the competition is with Imran Khan,” he said.

Fawad said the PML-N’s plan of action will see it ‘completely forced out’ of the country’s politics, however, ‘the institutions will suffer damage’ in the process. “Had the institutions stayed within their limits, this would not have happened, but anyway, the PML-N will now target institutions,” he said.

Chaudhry censured the party for what he characterized as oscillating between two narratives depending on the situation. “They were brought into being by the establishment and the brothers decided that one will do pro-establishment politics, while the other will sell an anti-establishment narrative. When one narrative failed, they sought to push the other. This formula is also being transferred to the next generation,” he said.

Fawad said the issue of the deputy speaker’s ruling resulting in the rejection of 10 votes of PML-Q had nothing to do with interpretation of Article 63(A) but the Supreme Court had just asked the deputy speaker to pinpoint the reference he took from the verdict to give such decision. He blamed the PML-N for once again acting like the Sicilian mafia and hurling threats at the judiciary. Fawad said the judges of the Supreme Court are being targeted on the social media and accused PML-N of planning to launch an attack on the top court at today’s hearing. Some 11,000 tweets against the apex court’s judges were done from 529 different accounts, he added.