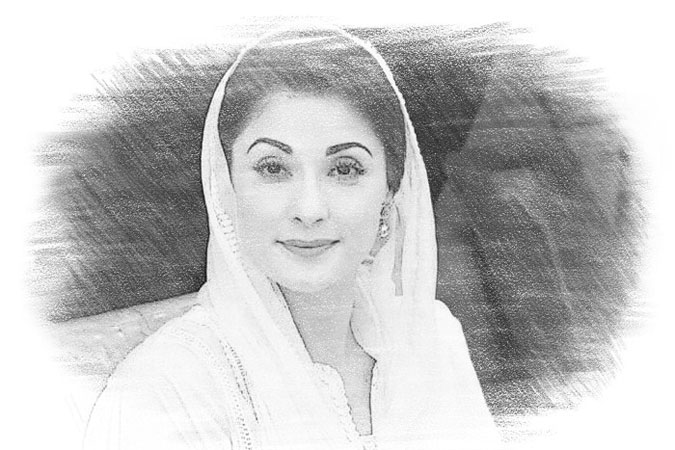 PML-N Vice President Maryam Nawaz Saturday said her party will not accept “one-sided” decisions by the Supreme Court after it said Chief Minister Punjab Hamza Shahbaz will work as a trustee CM till Monday (July 25).

“Amid pressure due to bullying, threats, misbehaviour and abuses, if the house of justice makes specific decisions via the same bench and negates itself, negate its own decisions, puts its weight behind a single side then do not expect us to bow our heads before such one-sided decisions. Enough is enough!” tweeted the PML-N leader.

The PML-N leader said that the current political chaos and instability started with the Supreme Court’s court decision on Article 63A, adding that it made an “arbitrary interpretation” of the constitution to not count the MPAs that voted voluntarily.

“Today, a new interpretation is being made [of the decision]. So that the same favourite, who took benefit from it yesterday, uses it! Disapproved!” said Maryam.

Earlier in the day, the Supreme Court directed the Punjab Chief Minister Hamza Shahbaz to work as a trustee CM till July 25 in accordance with the law and the Constitution. The ruling from the top court came during a hearing on PML-Q leader Pervaiz Elahi’s petition against the Punjab Assembly Deputy Speaker Dost Mazari’s ruling in the CM’s election.

The apex court further directed Hamza to work in accordance with the law and the Constitution until then, adding that he was not allowed to use his power as chief minister in any way that would benefit him personally. The court, in its verbal order, has said that the chief minister’s powers will be limited. “All the appointments will be merit-based and those made without merit will be nullified,” it was added. The Supreme Court said that the chief minister will not do anything for political gain and that the court will keep a check on him.

During the hearing, which was held via video link, the court asked Advocate General Punjab Shahzad Shaukat on what basis was he defending the ruling of the deputy speaker – who rejected 10 votes of PML-Q citing Article 63(A). The advocate general Punjab said that the case is being defended on the basis of the decision announced by the Election Commission of Pakistan.

Advocate Irfan Qadir – who is representing the deputy speaker – said that the Supreme Court in its decision taken on PTI’s petition regarding vote of defiant members had ruled that vote of dissident members would not be counted, says a news report

However, Chief Justice Bandial said: “We would not reconsider the verdict announced on May 17 as it has not been challenged here yet.” He said that the deputy speaker citing SC’s verdict did not reject PML-Q’s 10 votes therefore the defending advocate should only highlight the part where this has been written.

Addressing advocate Qadir he said that you are a senior lawyer and should know where the deputy speaker took reference for his ruling; the advocate, however, tried to defend the loopholes by saying that he was only appointed two hours before the hearing.

Adding to the argument, Justice Ijaz Ul Ahsan asked advocate Qadir to read the para which was cited by the deputy speaker.

Advocate Qadir said that the deputy speaker considered it correct not to count PML-Q’s votes in the light of the Supreme Court’s decision, he thought that the party head is considered the parliamentary head of the party. Justice Ahsan asked the advocate that for instance if the deputy speaker misunderstood the SC’s earlier verdict and what would be the outcome? Advocate Qadir said that there is no dispute on the facts; however, he cannot make a confession statements because of his fear of the court.

CJP Bandial said that it seems that the deputy speaker gave the ruling against the court’s decision. “The deputy speaker is answerable on what basis did he give the ruling,” he added. The court ordered Mazari as well as the Punjab government to submit a written and comprehensive reply. During the hearing, CJP Bandial asked Mazari’s counsel whether he has brought the record or not. “We want to see the letter written by the party head,” CJP Bandial said, adding that under Article 63(1)A, the parliamentary party has been given a separate identity therefore the court wants to see the letter. The decision to conduct the hearing via video link was made after the courtroom door was damaged following a rush of people trying to get through. The video link room was opened and only the respondents’ lawyers were allowed to be present in person. The media was not allowed to enter the courtroom. A three-member bench – headed by Chief Justice Umar Ata Bandial, and comprising Justice Ijaz Ul Ahsan and Justice Munib Akhtar – was holding the hearing at the Supreme Court’s Lahore registry.

As the hearing began, the chief justice asked Mazari’s lawyer if he has the waqalat naama (power of attorney) for Mazari, to which Advocate Qadir replied in the affirmative. Prior to the court being adjourned in the morning, PTI’s counsel Barrister Ali Zafar informed the court that during Friday’s Punjab Assembly session, re-election of the province’s chief minister took place. Justice Ahsan asked the lawyer how many lawmakers were present during the session, to which he responded that 370 members of the assembly were in attendance.

Zafar argued that Elahi secured 186 votes and Hamza bagged 179 votes, therefore, in line with the Constitution of Pakistan, the PML-Q leader is the chief minister. The SC’s opinion in the May order, Zafar said, states that the parliamentary party can give directions to lawmakers on whom to vote for, and the PML-Q’s parliamentary party decided to back Elahi, but despite that, Mazari dismissed 10 PML-Q votes.

The CJP then adjourned the hearing till 2:30pm. Later, a short order was issued by the court. “The matter in issue seems more likely to be a controversy regarding the proper understanding or comprehension of the statement of law in our aforesaid judgment (paragraph 3 in Article 63A’s order) rather than of interpretation as such of a constitutional provision,” the short written order read.

Meanwhile, Interior Minister Rana Sanaullah said on Saturday that judges who sentenced party supremo Nawaz Sharif should not hear cases related to the PML-N. He also requested the chief justice to form full benches to hear cases related to the party. The minister added that certain judges who sentenced Nawaz and other leaders are part of the benches hearing new cases against the party, and such judges should not be included or a full court should hear the cases so that justice can prevail. Referring to the ruling in the Article 63A case, he said the party suffered because of the ruling and elections were held again and now as the decision has been enforced on the other party, it should not be interpreted in a different manner. Chief Justice of Pakistan Umar Ata Bandial had said that Article 63A of the Constitution protects the system of a political party, its rights and binds the members to abide by its policy. However, Rana Sanaullah defended the deputy speaker’s ruling, saying that the PTI had celebrated when the votes of its 25 dissident lawmakers, who had backed Hamza in the April 16 election for the Punjab CM’s slot, were discounted in light of the SC’s decision. “When our votes were rejected, Asad Umar had said PTI chairperson Imran Khan had instructed all party members to vote for Pervaiz Elahi. So is Chaudhry Shujaat Hussain not the head of the PML-Q?” he questioned.