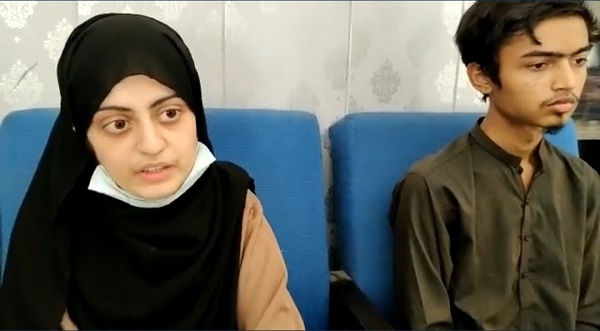 Zaheer Ahmed, Dua Zahra’s husband, requested the restoration of his bank accounts and Computerized National Identity Card (CNIC) on Friday after the Sindh High Court ordered the youngster and others accused in the high-profile kidnapping case to have their bank accounts frozen and their CNICs blocked.

The court granted the petition for an immediate hearing that the defendants, Zaheer and Shabbir, submitted. The petition was set to be heard by a two-member bench presided over by Justice Iqbal Kalhoro.

In the petition, the accused sought orders from the Sindh home department, Sindh inspector general of the police and other authorities to provide them security, maintaining that they are facing trial in Karachi and have serious security threats while appearing before the court at hearings.

Due to the failure to recover Dua Zahra, the SHC instructed the authorities to block the accused’s CNICs and bank accounts.

The teen’s family has been attempting to gain custody of her daughter and has filed numerous legal cases, alleging that Zaheer abducted their daughter because she was a “minor” and could not have married because of her age.