Monsoon effects to spread countrywide in days ahead: PMD 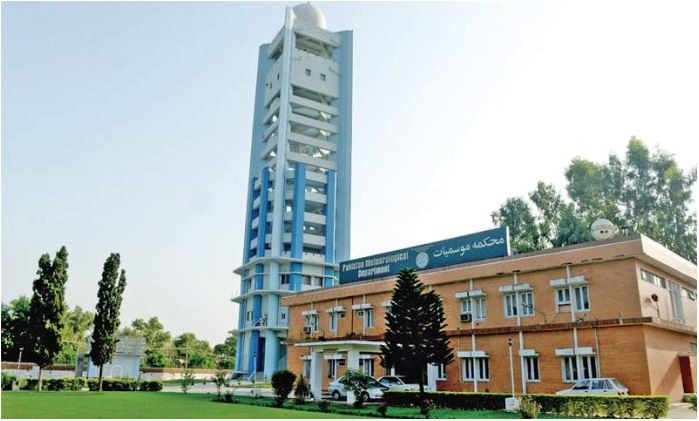 ISLAMABAD: The prevailing monsoon spell will further lash out various parts of the country as the prevailing weather system will sprawl further within next coming days.

The ongoing monsoon rains are in their active phase especially in the Northern and Central areas of the country including Rawalpindi, Islamabad, and Lahore, Deputy Director Flood Forecasting Department, Pakistan Meteorological Department (PMD), Dr. Zaheer Ahmed Babar told while sharing updates on the monsoon rains.

Babar said these rains were expected to travel further to other parts of the country within the next two days. “In the North, areas like Peshawar and Kashmir are likely to experience rainfall while in the South cities like Thatta and Badin in Sindh are expected to be hit by downpour,” he added.

The Met Office official underlined the monsoon pattern of this season was abnormal that wreaked havoc in various parts of the country particularly the Southern region. He mentioned that an early peak was expected in the rain pattern and it became a reality with the ongoing excessive rains throughout the country. “The areas like Balochistan and Sindh have been severely hit due to this early spell which was previously not common in the region”.

He further explained that there was a list of negative effects that should be looked out for in the coming days. “Many cities may have to face urban flooding including cities like Karachi that are already inundated due to the excessive rains this season. Simultaneously, there are chances of flash flooding and landslides in the mountainous regions of the country,” Babar added.

Commenting on the positive impacts of monsoon rains, the Met Office official underscored that the prevailing rains were recharging the water reservoirs and underground water reserves. “At the same time, the crop growth such as that of Rice and Sugarcane will be positively affected due to excessive availability of water for kharif season”.

He highlighted that the Met department has also released an advisory for travelers and tourists to avoid venturing into high-risk areas especially in the North and South region due to the inclement and take all precautionary measures to avoid any untoward situation.

“They [tourists] are requested to regularly check weather updates and road blockage situation reports. They should also avoid crossing over flooded areas on foot or in vehicles. The farmers are advised to take precautionary measures in the context of flooding on their fields,” he mentioned.