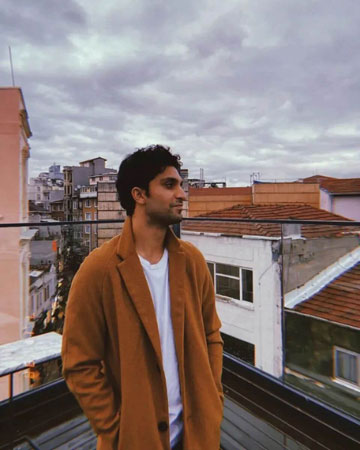 Asif Raza Mir, who is father and a legendary actor of Pakistan, has also worked in Hollywood and played a character in “Gangs of London”. Now, his son Ahad has also followed his father’s footsteps and stepped into Hollywood. However, social media users are unhappy after they have seen him playing the character of Arjun Batra in the Netflix series.

This story of the web series revolves around a doctor who is trying to bring down the people who caused an apocalypse due to a viral epidemic and also surviving against the infected.

Arjun Batra, the character played by Mir is shown an Indian refugee in the global virus pandemic. He was a researcher in Madrid University where he meets his colleague Jade Wesker. The main reason why Mir is facing huge blows of criticism is him being seen indulged in bold scenes with a female co-star.

People are very infuriated upon seeing a Pakistani actor on international screens participating in really obscene acts. A hashtag #AhadXResidentEvilNetflix is also trending on Twitter.

Some are praising him for what a great actor he is and how he is making the nation proud, whereas, on the other hand, some are literally roasting him for the obscenity that has shown in the show.