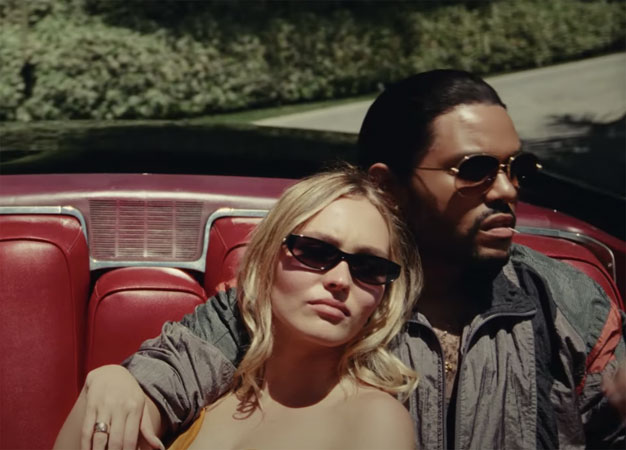 Get ready to watch The Weeknd and Lily Rose-Depp’s “sleaziest love story in all of Hollywood.”

That is the tag line for the upcoming six-episode HBO series The Idol, whose first trailer was released online July 17, a day after it was first screened during the singer’s concert at MetLife Stadium in East Rutherford, NJ, one of his first shows on his After Hours Til Dawn tour.

In The Idol, Lily-Rose plays a rising pop star named Jocelyn, while The Weeknd portrays a self-help guru and cult leader. In the trailer, they are seen getting intimate in a recording studio and also cuddle up while driving in a vintage convertible.

And as a self-help guru, he dispenses some advice to his new love interest. “Why don’t you just be yourself?” he asks her at a crowded dinner table, to which she responds, “Because there’s nothing about me that’s relatable.”

This marks the first TV role for Lily-Rose, also known as a singer, model and the daughter of Johnny Depp. The Weeknd makes his official acting debut in the series, which he co-created with Euphoria creator Sam Levinson and Reza Fahim.

HBO has yet to announce a premiere date for The Idol but says it’s “coming soon.”