Rupee hits new low against US dollar in inter-bank 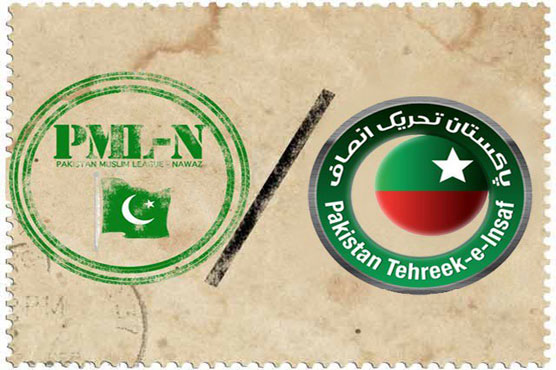 KARACHI: The ruling PML-N’s loss in the Punjab by-elections has triggered political uncertainty along with import pressure which took the Pakistani rupee to a new low against the US dollar in the interbank market Monday.

At the opening of the market, the rupee depreciated against the greenback by Rs1.05. It remains to be seen where the local currency will settle at the end of the day’s trading. The dollar is currently being sold for Rs212 in the inter-bank market, bringing the local currency to an all-time low.

On June 21, the rupee had closed at a record low of 211.48 against the greenback and since then the currency has remained volatile.

Meanwhile, the benchmark KSE-100 index of the Pakistan Stock Exchange (PSX) is also in the red with the bears dominating the proceedings of the bourse. The index was trading at 41,532.46 points losing nearly 550 points as of 11:34 am.

“[The] market is looking for a direction, therefore investors are anticipating what would be the way forward. Will the coalition government announce early elections or not?” said Tariq.

On the other hand, Arif Habib Limited analyst Ahsan Mehanti admitted that the currency is depreciating but is hopeful that it would recover soon as all speculations are in favor of the local unit.

Mehanti believes that the funds that Pakistan will receive from the International Monetary Fund (IMF) following the staff-level agreement will give the local currency a “much-needed breather”.