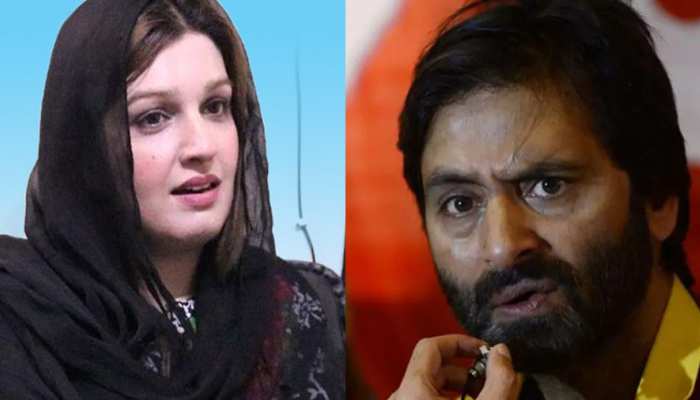 ISLAMABAD: A high level US delegation on Sunday called on Peace and Culture Organisation Chairperson Mushaal Hussein Mullick to express solidarity with her and 10 year old Raziyah Sultana over the unjust and illegal detention of Yasin Malik and the unabated human rights violations in the Indian Illegally Occupied Jammu and Kashmir (IIOJK).

Mushaal, who is the wife of Yasin Malik, Co-chairperson Rehana Hussein Mullick, Secretary General Sabien Hussein Mullick, and other office bearers of the Peace and Culture Organisation apprised the delegation that Yasin Malik was kept in death cell for his sole crime to raise voice against Indian unlawful subjugation. They said that Yasin was the most powerful voice of Kashmir peaceful struggle to break the shackles of Indian slavery.

The Hurriyat leader went on to say that the voice of Kashmir freedom struggle was implicated in false and fabricated cases just to reduce the intensity of Kashmir independent movement. The chairperson expressed fear that the brutal authorities could torture Yasin to death as dozens of Hurriyat leaders and young Kashmiris had already been killed in detention.

Therefore, Mushaal requested that the delegation should not only press their own government but should raise the issue of Yasin Malik’s unlawful detention and continued human rights violations at global forums.

The Peace and Culture team urged the world powers and UN bodies to press the fascist Narendra Modi-led Hindutva regime to resolve the long-standing Kashmir dispute as per the UN agreed formula and aspirations of Kashmiri people.

On the occasion, the American delegation assured them that they would raise the issue of illegal detention of Yasin Malik and ethnic cleansing of Kashmiris at every forum. They said that the Hindutva regime influenced by RSS ideology was badly disrupting world peace.