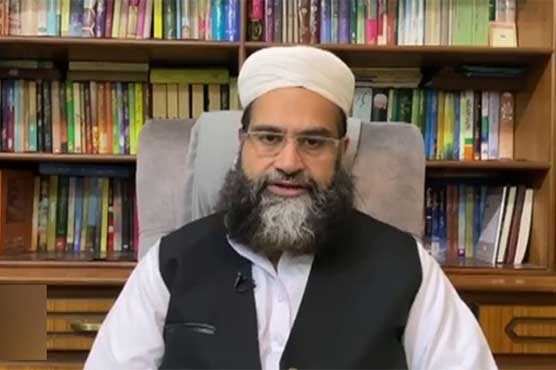 He, in a video message, brushing aside the propaganda of making compromise on the Palestine issue during the meeting of Saudi Crown Prince Muhammad bin Salman and United States (US) President Joe Biden, said the Saudi leadership had always raised the morale of Muslim Ummah through thick and thin and it was the staunch supporter of Palestine’s stance of an independent and sovereign state.

Ashrafi who is also the chairman of Pakistan Ulema Council said the Joe Biden’s visit to Jeddah was another milestone achieved by the Saudi government after the successful operation of Hajj 2022 comprising of one million people which came to a halt due to COVID-19.

He expressed the hope that the following visit would further cement the bilateral relations between the two countries. He also declined the rumors of taking the US president to Madina Munawara and removing the boards inscribing prohibition of non-Muslims in Makkah Mukarma.

He said Saudi Arabia was the cornerstone of the Muslim world and it had all the potential to cope with issues being confronted by the Muslim Ummah on the globe.

He lauded the splendid role of Saudi leadership for uniting all the Muslim countries under the umbrella of Organization of Islamic Cooperation and making unwavering efforts to resolve the issues of Muslim Ummah at all international fora.