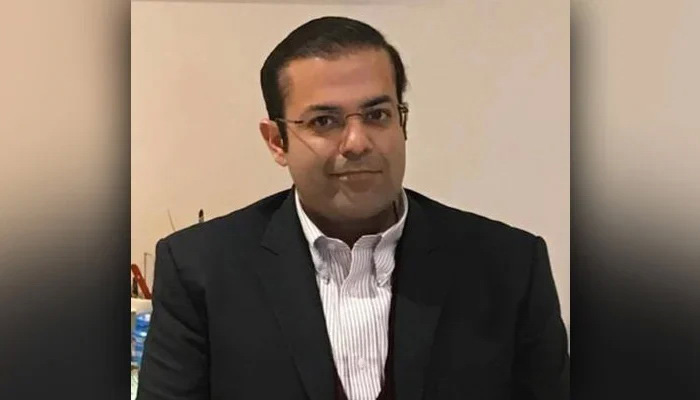 The Special Court (Central-I) in Lahore Friday declared Prime Minister Shehbaz Sharif’s son Suleman Shehbaz and another suspect proclaimed offenders in the Rs16 billion money laundering case. Suleman and Tahir Naqvi both were declared proclaimed offenders after they failed to appear before the court. The Federal Investigation Agency (FIA) had booked Shehbaz and his sons Hamza and Suleman in November 2020 under Sections 419, 420, 468, 471, 34 and 109 of Prevention of Corruption Act and r/w 3/4 of Anti Money Laundering Act. Arrest warrants had been issued for Suleman and Naqvi on May 28.

The court had also issued arrest warrants for another suspect Malik Maqsood alias Maqsood ‘Chaprasi’, who died in the UAE last month. The FIA had submitted a report to the court on June 11 about non-bailable arrest warrants issued for Suleman, Naqvi and Maqsood. The report stated that the warrants could not be executed as Suleman was not present at his address and had gone abroad.

In Friday’s hearing, the court sought details about Suleman’s and Naqvi’s properties as well as Maqsood’s death certificate, says a news report. The court accepted the request for granting PM Shehbaz a one-time exemption from attending the hearing but directed that he appeared before the court in the next hearing. The hearing was subsequently adjourned till July 30. The FIA had in December 2021 submitted the challan against Shehbaz and Hamza to a special court for their alleged involvement in laundering Rs16bn in the sugar scam case. “The investigation team has detected 28 benami accounts of the Shehbaz family through which money laundering of Rs16.3bn was committed during 2008-18. The FIA examined the money trail of 17,000 credit transactions,” according to an FIA report submitted to the court.

The amount was kept in “hidden accounts” and given to Shehbaz in a personal capacity, the report added. The amount had nothing to do with the sugar business (of the Shehbaz family), it claimed. The money received from the accounts of low-wage employees by Shehbaz was transferred outside Pakistan via hundi/hawala networks, ultimately destined for the beneficial use of his family members, the FIA had alleged. “Eleven low-paid employees of the Sharif group who ‘held and possessed’ the laundered proceeds on behalf of the principal accused, are found guilty of facilitating money laundering. The three other co-accused of the Sharif group also actively facilitated the money laundering,” the agency had said.