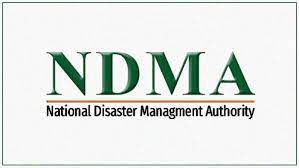 The Authority in a news release said that vigorous monsoon activity was forecast over Sindh and Balochistan. As per a representative of the Pakistan Meteorological Department (PMD), strong weather activity was expected during the next 24-72 hours over Hub Dam catchment areas, Karachi, and the Arabian Sea, it said.

The NDMA asked the concerned departments and management of Hub Dam were advised to ensure the safe discharge of water as per the standard operating procedures (SOPs) to accommodate the additional inflow of water from catchment areas.

It also directed the authorities concerned to ensure timely evacuation of at-risk populations downstream in case of any emergency, as per evacuation plans, and inform the fishermen of Sindh and Balochistan not to venture out into the open sea.