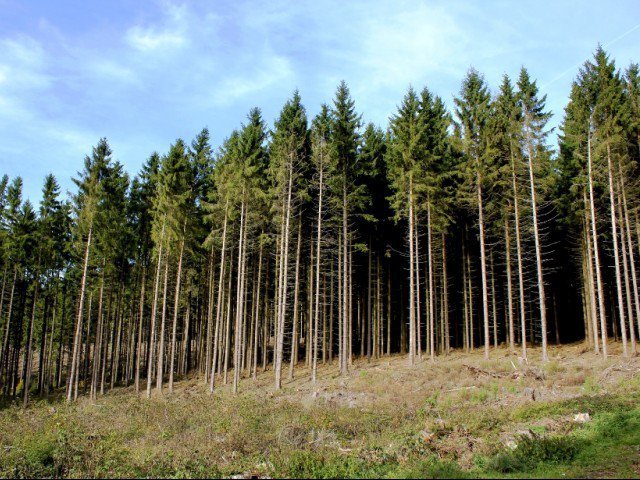 ISLAMABAD: The Khyber Pakhtunkhwa Forest Department has recouped some 20 kanals of State-owned Reserve Forest land worth more than Rs30 million from the land grabbers during its anti-encroachment operation.

SDFO Zohaib Hassan told APP, “Reserve Forests are the state-owned forests where all kind of construction and sale, purchase activities are banned under section 26 of Forest Ordinance 2002”.
He informed that the total area of 20 kanals encroached in 2015 whereas in 2021 the Survey of Pakistan was consulted to do the reallocation of forest boundaries.

After the Survey of Pakistan report in October 2021, the illegal occupants of the land were served with notices whereas consequently, the land grabbers upon receiving notices approached the Session Court.

After contesting for eight months the stays were vacated on July 5th and July 8th, he said, adding, “I along with my staff went to the site and vacated the encroachment”. SDFO Zohaib Hassan informed that from October 2021 onwards some 25 kanals and 14 marlas reserve forest state-owned land was retrieved worth Rs60 million.

“The Survey of Pakistan cadastral maps have verified the forest land status with proper GPS coordinates indicating the status of the land before and after any encroachments carried out in the area,” he said.

SDFO Makhnial Zohaib Hassan informed that there were two types of forest land Guzara and Reserve forests. The latter was the property of the Forest Department whereas the former was owned by the local communities under the management of the department.

“No land-use change can be made in Guzara Forest without the approval of the provincial cabinet,” he underscored.