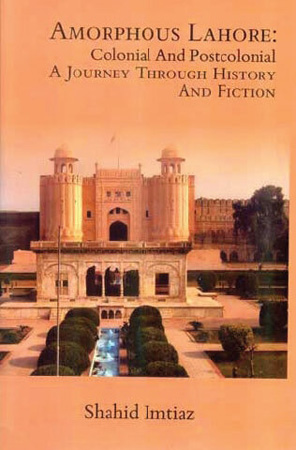 Lahore has been the main hub of socio-cultural activities not only in precolonial history but also in the postcolonial history of the Indo-Pak subcontinent. The Mughals gave Lahore a special significance after Delhi and proved it by the construction of mosques, gardens, and mausoleums. During the successive changes and military revolutions, Lahore has been a place of rule, politics, and cultural activities. There are many buildings, gardens, roads, and streets named after the big names of the history of not only Muslims but also Hindus. This status of Lahore has been reflected in literature, especially postcolonial literature. In this regard, the significant texts are that of Basi Sidhwa and Mohsin Hamid because of their fictional narratives about Lahore, ‘Ice Candyman’ and ‘Moth Smoke’ respectively.

After Karachi, Lahore has claimed international-level status in Pakistan since its inception but Karachi somehow slowed its evolution with time because of the non-synchronizing attitude of its political leadership. But in the case of Lahore, the leadership and its people have evolved with time. Today’s Lahore can be compared with any modern city in the developed world. It has claimed the status of the heart of Pakistan because of the expanding business, sociocultural activities, and educational activities. Over time the thinking, lifestyle, and approach of the people towards life have evolved mainly because of the interconnectivity and interexchange of the people of Lahore with the people of the diaspora world.

Bapsi Sidhwa’s novel ‘Ice Candyman’ captures the very moment when Pakistan was created and nascent pages of history were being written. It traces the moments when Hindus had begun migration toward India and Muslims of India were migrating towards Pakistan. Hindu, Muslim, and Sikh riots in Lahore were carried on at a dangerous scale on the roads of Lahore. Sidhwa mentions, Jailroad, and the buildings erected on it. She mentions the government offices, the Parsee residences as well as English offices. She particularly describes the inside and internal markets and bazaars of Lahore along with the railway station Lahore. The people were simple and life was not that complex. The colonizer nonetheless had set up separate quarters for themselves in an area separated from the main body of the precolonial Lahore. The women Portrayed by Sidhwa are reticent, inactive, and lived under suppression. Just a few educated women in the affluent homes had some freedom but most of the poor lot lived a miserable life.

This new territory of Lahore flourished by many times after 1947, especially during the 1970s and 1980s and gave birth to a plethora of new, modern, and posh colonies inhabited by foreign qualified officers or businessmen. Hamid, through his story ‘Moth Smoke’ portrays this modern and corrupt Lahore and its people. He represents the people who were making money easily and were enjoying their life by frequently holding parties and gatherings. These people lived in posh homes and modern gated colonies and had no worries of failures of power or broken roads. They commuted through costly cars and SUVs. The socio-political problems were with the poor class residing in poorly lit and poorly paved colonies. Although the middle class suffered from unemployment and the absence of facilities which made their life a constant struggle but overall generation of wealth, legal or illegal, had raised the standard of life in Postcolonial Lahore. The women belonging to these elite families were highly educated, independent, and can earn their living. They are found participating in parties with their men.

Sidhwa’s Lahore was a Lahore of Political turmoil, change, and shift of government from British rule to self-rule, traditional desi approach to modern complex life which was witnessing history and its new chapters and the departure of the English way of life and culture. Bapsi Sidhwa does not fail to point out the traditional culture of Lahore and its redlight area with its dancing girls, its food streets and tongas, and other horse and donkey-driven carts. Hamid’s Lahore is the Lahore of an atomic power where corruption played its part and the culprits of corruption indulged in life as a matter of right. Although the red-light areas and the traditional culture and food existed yet the modern one-way roads, gated colonies, and posh areas, where affluent people enjoyed their life without any care for their poor fellows, thrived and prospered. Postcolonial Lahore is more an industrial city than a mere town of Sidhwa’s time.