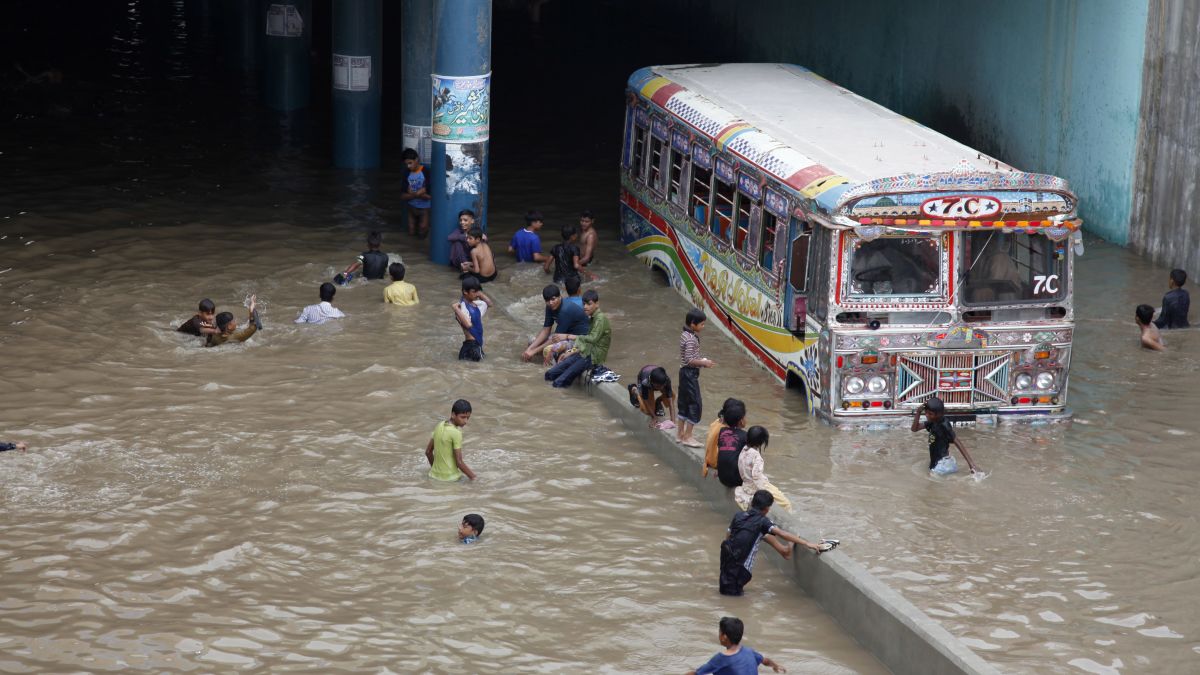 Since Monday evening, Karachi has experienced sporadic periods of torrential rain that have inundated many city districts and put an end to all activity.

To top it all off, the city’s electrical supply has been halted in most locations for a number of hours, making it challenging for residents to go about their daily lives.

While inhabitants of DHA’s Khayaban e Badban claim the energy supply has been halted for the past 36 hours, Sindhi Muslim Cooperative Housing Society (SMCHS) Block B has been without power for the past 24 hours.

Meanwhile, several vehicles and motorcycles broke down on the streets because of the accumulated water.

Please don't go out side of home unnecessarily.
Stay away from utility lines poles, wires and Nallas.
Call on 1299 for any emergency.
Stay Safe. pic.twitter.com/lqqht1t099

Several areas of the city have been cut off from the rest of the town due to the accumulation of water. The II Chandrigarh Road, Gulistan Johar and many areas in Defence have been deluged after the ferocious rains which lashed the city for the last few days.

The Pakistan Metrological Department predicts that a new rainy period will begin on July 14 and last through July 18. The PMD predicted that, like the previous monsoon, this one would be severe and deliver heavy rains to Karachi, possibly causing another round of urban flooding.

In the meantime, because Karachi’s low-lying districts are flooded, gas stations have shut off their pumps out of fear that water will seep inside.

According to the Petrol Dealers Association, the gasoline supply will only be restored after the rainfall has been drained. They claimed that the fuel delivery cars had stopped bringing them fuel.