Quake in Afghanistan: China never sits idle when its friends are in need 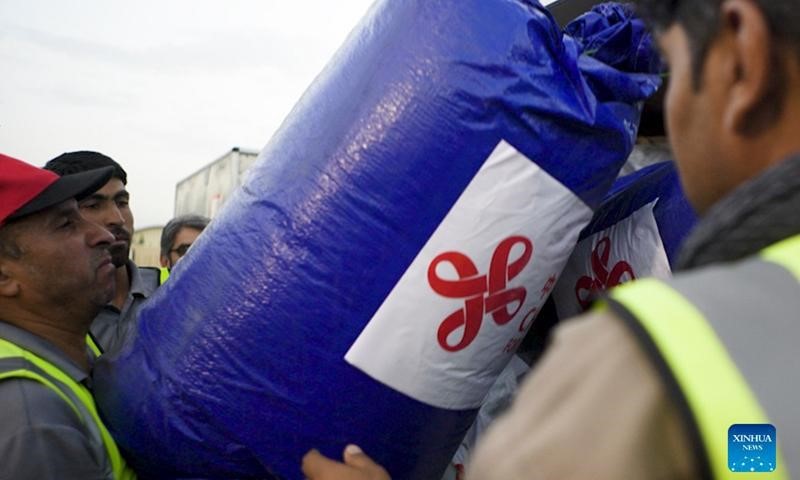 In the early hours of June 22, a 6.2-magnitude earthquake struck eastern Afghanistan, making it the country’s deadliest in two decades. Up to now, the earthquake has killed more than 1,500 people, injured nearly 2,000 people, destroyed tens of thousands of houses, and killed at least 155 children. Since rescue efforts have been blocked by torrential floods in some Afghan provinces, local officials say the death toll could still rise.

As is known to all, Afghanistan ended years of war after the US military withdrawal last August. Since then, the country has been in desperate need of funds to rebuild and recover. However, the US government froze $7 billion in assets of Afghanistan’s central bank, and stopped economic aid on the grounds of punishing the Afghan Taliban. This has exacerbated the deterioration of the humanitarian situation in the country and damaged its economy and people’s livelihoods. What is worse, Afghanistan has been hit by a series of natural disasters recently, including wildfires and floods in some places. After the earthquake, this landlocked, mountainous country has been further plunged into a dual economic and humanitarian crisis. Afghan Foreign Ministry spokesman Abdul Qahar Balkhi has frankly admitted that the government is “financially unable to provide the needed assistance to the affected people.” The top leader of the Afghan Taliban has also publicly called for international assistance for the disaster-stricken people. His remarks speak volumes of the seriousness of the earthquake disaster in Afghanistan.

China never stands idle when its friends are in need. As a friendly neighbor and sincere friend of Afghanistan, the Chinese government and people are concerned about the affected areas and people. The Chinese government immediately decided to provide 50 million yuan of emergency humanitarian assistance to the disaster-hit areas. Several batches of relief supplies have arrived and are being distributed in a fast and efficient manner, and more supplies are on the way. During a phone call with Acting Foreign Minister Ali Mutaki of the Afghan Interim Government on June 27, Chinese State Councilor and Foreign Minister Wang Yi stressed that as a friendly neighbor and sincere friend of Afghanistan, China empathizes with the Afghan people for the difficulties they are facing and China is ready to provide more timely assistance to Afghanistan based on its needs. Wang said he believes the Afghan side will stay united to overcome the disaster and rebuild their homes as soon as possible.

China’s rapid action, which can be summed up in three words – fast, solid and considerate, has won the praise from the international community and the Afghan people and fully demonstrated China’s speed, reputation and humanitarian spirit.

Fast: Time is life. From the Chinese government to Chinese social organizations and enterprises, everyone has been racing against time to deliver humanitarian supplies to the disaster-affected people as quickly as possible, so that they can tide over the difficulties soon.

Solid: China is a firm advocate of global development cooperation. It faithfully does what it has said. All the 8,000 tons of food China had promised to send to Afghanistan has already arrived in the country. China has also announced that it will add additional emergency humanitarian assistance to Afghanistan for earthquake relief.

Considerate: Apart from the fast arrival of disaster relief materials, China has carefully considered the multiple difficulties faced by the affected people and their actual needs, and subsequently included the much needed materials such as tents, folding beds, blankets and bed quilts into the supplies, which have been well-received and highly applauded by the people in distress.

China’s rescue work is the best manifestation of the friendship between China and Afghanistan which goes back to ancient times. It shows that China is fulfilling its promise of being a responsible major country, and doing all it can to build a community with a shared future for mankind.

In recent decades, China’s economy has developed rapidly. However, it is still a developing country with its per capita GDP ranking low in the world. In particular, since the beginning of this year, a new wave of the protracted COVID-19 pandemic, coupled with dramatic changes in the world, has put a significant downward pressure on the Chinese economy.

Nevertheless, China does its best to overcome its own difficulties on the one hand and lend a helping hand to a friend in need on the other. This is because China has always had a firm belief that the human society is a community with a shared future, and we should help each other in times of trouble. International humanitarianism should not be empty talk. It requires concrete action and initiative to fulfill our joint obligations.

In the face of disasters, the humanitarian spirit saves lives. This has been the case in the COVID-19 response in recent years, as is the current response to the earthquake disaster in Afghanistan. Natural disasters are not just a problem to the country being hit, but a common enemy to all mankind and a challenge facing our common development. In times of disasters, there is no difference in race, color, or wealth.

Countries, big or small, should always help each other. In the past, when China was poor and underdeveloped, it received much help from others. Now as China gets more developed, it is ready to reach out and help others in need. In fact, no matter how developed a country is, every country needs the help of others from time to time.

I hope that the country which imposed sanctions on Afghanistan, froze the Afghan assets and caused the humanitarian disaster can start truly caring for and respecting the right to survival and development of the Afghan people. It should assume greater responsibilities, help the earthquake victims rebuild their homes as soon as possible, and stop doing anything that mixes the aid with its own political interests.

The immediate priority is to return the assets which belong to the Afghan people. It’s really not that complicated.

The author is director of the Research Department, National Institute of Strategic Studies, Tsinghua University.