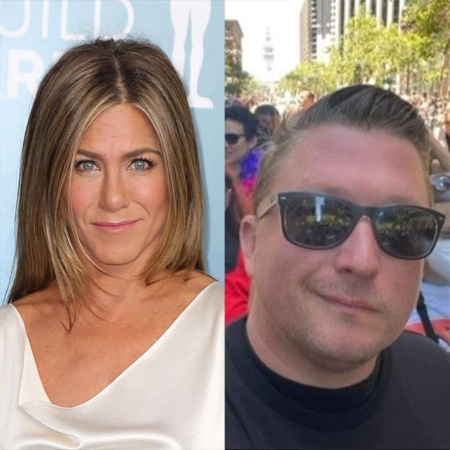 Jennifer Aniston is reeling over the death of a member of the Morning Show family. On July 7, the actress shared a touching tribute to Erik Gunnar Mortensen, who worked as a camera assistant on the Apple TV series, after he was killed in a motorcycle accident.

“This past week we suddenly and tragically lost Gunnar Mortensen,” Aniston wrote in her Instagram Stories, alongside a picture of Gunnar and his family. “One of the bright lights on our @themorningshow set. As camera assistant, he was so skilled and dedicated to his job. In memory of Gunnar, a page has been set up to help raise funds for his wife, Keely, and his 2-year-old son, Lars during this difficult time. We are going to miss you, Gunnar.” Mortensen died on July 4 after being involved in a motorcycle crash on State Highway 74 in Southern California. According to a press release from the Riverside County Coroner’s Office, he was transported to Hemet Global Medical Center, where he later succumbed to his injuries. He was 39 years old.

Mortensen’s union, ICG Local 600, created a GoFundMe page to help raise funds for his wife and son. So far, they have collected nearly $130,000 to help his family.

Several people who knew Mortensen shared some of their fondest memories with him in the comments section of the fundraising page, including cinematographer Jules O’Loughlin, who said that he did a film with Mortensen in 2018.

“He was a brilliant focus puller and a great guy to have on set,” he wrote. “He always arrived with a smile and left with that same smile at the end of the day. He was the type of person I love to have in my team but more importantly, in my life. And he lent me his very cool bag of custom made crystals that brought a bit of magic to some of my frames. That was Gunnar – a little bit of magic that touched a lot of lives. We will miss him.”