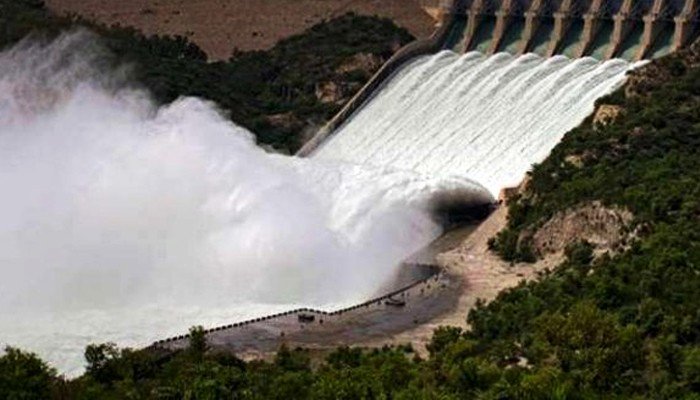 In a statement, he said that Diamer Bhasha Dam, Dasu Dam, Tha Kot Dam, and Patan Dam were vital to overcoming the energy crisis in the country adding that the prudent utilization of water resources are imperative for the country.

The Federal Minister said that the country could not tolerate a moment’s delay or negligence in the construction of these reservoirs, it was a matter of national integrity. “We have been here for a year, but in the meantime, we will work on a war footing,” he added. The Federal Minister directed the concerned agencies to make immediate feasibility of the tunnel to be constructed on Diamer Bhasha Dam.

It is pertinent to mention here that Diamer Bhasha Dam would have a live storage capacity of 6.4 MAF. The dam is being constructed on river Indus – 40 km downstream of Chilas town. The installed capacity of the dam is 4500 MW of cheap power.

Dasu Hydro Power Project is a vital project that would trigger a new era of socio-economic development in the country and stabilize Pakistan’s economy by providing low-cost hydel electricity to the masses.Its Installed capacity is 4320 MW per annum.

Similarly, the Thakot hydropower project will have a capacity of 4,000 MW and produce annual energy of 21,300 GWh for the national grid.

Patan hydropower project’s Powerhouse is situated on the left bank near Patan Village, and 305 km from Islamabad. It has installed capacity of 2400mw.