For a country to dissuade an adversary from undertaking an action that the former considers undesirable, it has to first communicate to the adversary that the cost of any action might out-weigh the benefits. This communication must be backed by the capability to inflict that cost and the credibility or the political will to undertake that action if need arises. Sans these elements, deterrence, as the theory goes, may not prevail and may be viewed as a bluff that might lead to some sort of adventurism on the part of either state. Similarly, in order to initiate peace talks between two sates in an adversarial relationship, leadership first of all has to express the intent through direct or indirect means. Then this projected desire for peace has to be backed by the mandate to make decisions in the process and ability to deliver promises in the form of some visible actions such as policy shift etc.

The recent surprise visit of Indian Prime Minister (PM) Modi to Lahore on his way back from Kabul made headlines across the world. It certainly drew as much attention as it deserved considering the tense situation of recent times. A breakthrough was already expected since Pakistani PM Nawaz Sharif and PM Modi’s brief encounter in Paris on the sidelines of the Climate Change Summit followed by the National Security Advisor’s (NSA’s) meeting in Bangkok and Sushma Swaraj’s participation in the Heart of Asia Conference. Beyond the hype and optics, it is important to see the possible outcomes of the visit. The PM’s advisor on foreign affairs, Sartaj Aziz, realistically warned against “unrealistic expectations” given the quick ebbs and flows in Paki-India relations. One predicting tool, however, could be both leaders’ ability to walk the talk and deliver on the much-awaited “promise of peace”. PM Nawaz Sharif at present enjoys some political stability at the domestic level and has achieved the best possible working equation with the army on all matters for now. This confidence along with clarity of mind made him appear much more confident than his counterpart. On the contrary, PM Modi held a baggage of history. Since his swearing in, relations between the two neighbours have deteriorated, where India has expressed discontentment even over erstwhile regular and routine practices such as Pakistan’s meeting with Hurriyat leaders. Even his election promises were largely based on Pakistan bashing and his other political actions and narratives generally fuelled anti-Pakistan sentiments within India, thereby making a sudden shift not only difficult but unacceptable within his own ranks. Further scepticism is added due to potential spoilers who find a perpetual crisis desirable.

So what could have possibly caused this recent reproachment? Was it due to this mutually hurtful stalemate that brought this realisation? India and Pakistan have failed over the years to develop close relations and establish a complex interdependence, where bilateral interests thwart any crises and pave the way for resolution of all outstanding issues ultimately. It had literally become a catch-22 where in order to have a sustained peace both needed sufficient interdependence, and for interdependence to develop they needed peace as an essential pre-requisite. This situation did not yield any results and brought every attempt at peace back to square one. However, now there is a situation where both states may find some sort of interdependence developing.

Interestingly, it is neither in Islamabad nor in New Delhi, but in Kabul. It is Afghanistan where both states may find a convergence of interest after years of competitive behaviour. It may sound like a far-fetched idea at present as the latest US congressional report also states that “India’s goals in Afghanistan are to deny Pakistan strategic depth and the ability to block India from trade and other connections to Central Asia and beyond.” While ignoring the non-existence of strategic depth logic on Pakistan’s side, the same report also mentions “it (India) does not want to be saddled with the burden of helping secure Afghanistan”. The present competition may have a chance of developing into a future cooperation, as this is one equation that best suits US-led western interests and provides a face saving outcome over the Afghan crisis. India has traditionally denied a third party role in resolving its issues with Pakistan, but the situation in Afghanistan is already at a multilateral forum, hence puts a burden of responsibility on all involved.

These opportunities offer optimistic scenarios despite all odds and one wishes that optimism prevails over scepticism where issues like the recent attack on Pathankot air force base do not cast a dark shadow on the nascent peace process.

The writer is a former visiting fellow at the Middlebury Institute of International Studies, California. She can be reached at sitaranoor@hotmail.com 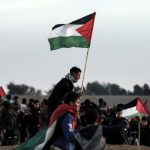