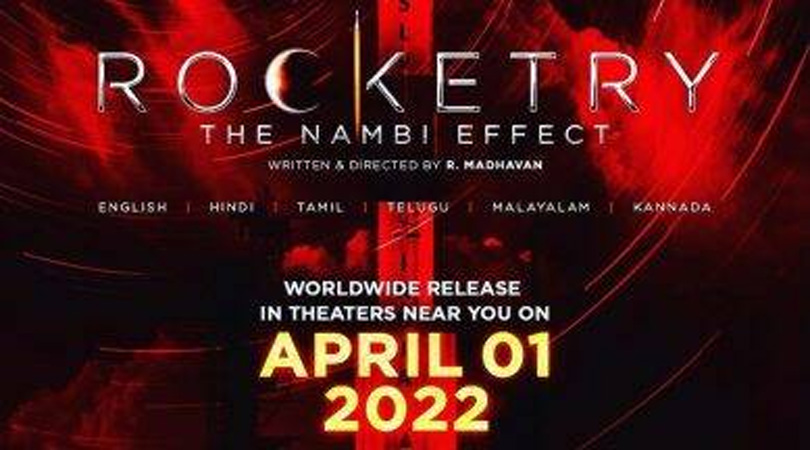 Rocketry Movie Review: When Rocketry The Nambi Effect was announced, it felt that R Madhavan has taken too much on his plate. After all, he was writing the film and directing it, in addition to playing the titular character. However, when you see him unfolding the tale of Nambi Narayan on the big screen. Things seem pretty valid. Not only has the actor gone through a physical transformation and adopted the former ISRO scientist’s mannerisms but it seems like Madhavan also worked on his psyche. Below the layers of the prosthetic lie the layered character of Nambi.

It wouldn’t be wrong to say that life of Indian Space Research Organisation’s (ISRO) leading scientist and Padma Bhushan awardee Nambi Narayanan was a beguiling mixture of drama, adventure and thriller. Yet it took nearly 25 years to bring his story to cinema halls. The film is a first-person’s account. Nambi is sitting with Bollywood star Shah Rukh Khan and narrating his story to him. The crew is jittery, after all, who wants to listen to an old snob talking about his life for hours. But as the story progressed, the crew was involved in his life, asking questions, curiously waiting to know how things unfold, very much like the audience.

Madhavan has made sure that the audience understands Nambi’s choices and the reasons behind them. For instance, him accepting a scholarship from Princeton, declining NASA’s offer and joining ISRO among other things.

When at work, Nambi’s life is full of challenges and technicalities, and Madhavan doesn’t even try to simplify or trivialise space research for the audience. Remember, Akshay Kumar and Vidya Balan’s Mission Mangal? It almost felt like an everyday thing when he goes on to explain the physics behind the working of an engine. It did help the mass to connect to the story though. On the contrary, Rocketry is full of jargon and complex laws. It doesn’t always work in the film’s favour, but it does establish that Madhvan’s film aims to portray aeronautic science as a serious subject especially when you have millions at stake.

Even though the film is narrated in flashback, it is non-linear contriving the plot further and making things appear more cinematic. The film touches upon all aspects of Nami’s life with a focus on his professional journey. From his education to moving abroad and then returning to India and the trial, of course, the film is a wholesome package, like a case study on Nambi.

Shah Rukh Khan once again manages to coax as the interviewer. Simran, on the other hand, surprises as Meena Narayanan. She is alluring and honourable and comes across as the humanising force of Nambi. It is because of her we know that as much as Nambi Narayan worries about the propelling rate of the engines, he enjoys a cup of piping hot tea with his family.

The first half of the film is a bit jitter given the many transitions in Nambi’s life, the second half, however, is stronger. With a run time of over 157 mins, the film never rushes and moves at a regular pace. ‘Rocketry’ does have bumps in its way but Madhavan manages to stir up a storm.

Nambi Narayan had so much to achieve and so far to go, but he chose to give a thurst to India’s space research. His decision a sacrifice or an honour, is something that the film tries to build throughout its runtime.

It never gives its judgement to the audience, nor does it take sides, it simply wants the audience to know the story of Nambi Narayan. Yes, there are biases though!