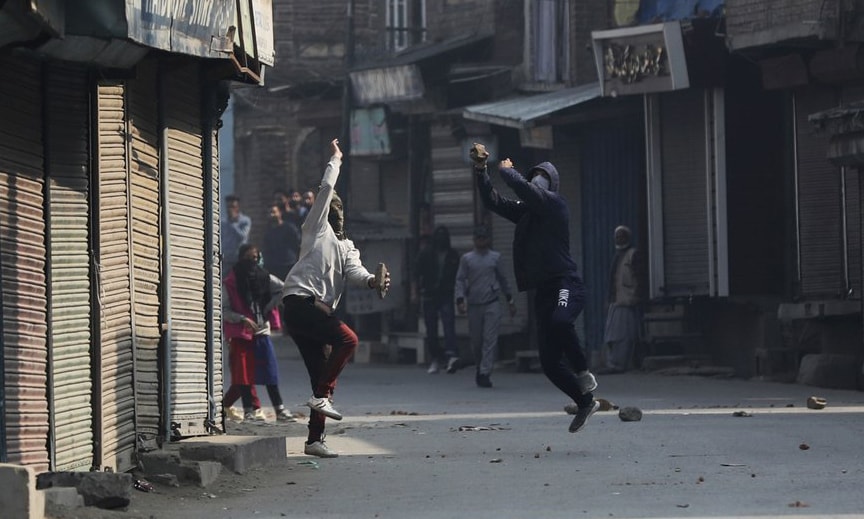 According to the Kashmir media service, the personnel of Indian forces and agencies during house raids are arresting youth and summoning others to the police stations.

“The police force us to stay a long time and harass us in police stations, without any reason which is affecting our work,” several youth told the media.

It seems that India, its proxy regime, and agencies are trying to break Kashmiris’ commitment to the Kashmir cause by using such cheap tactics, they said, adding that such tactics could not break the Kashmiri’s resolve for freedom.

The APHC leadership has appealed to the world community to take note of the situation of occupied Kashmir and raise their voice against such tyranny, oppression, subjugation, and autocracy.

Meanwhile, Jammu and Kashmir Democratic Political Movement in a statement in Srinagar said, the delimitation exercise is the Modi regime’s nefarious plan to further disempower Kashmiris and to install a Hindu chief minister in the disputed territory.

APHC leader Advocate Divender Singh Behl thanked and felicitated Kashmiri Muslims for participating in the marriage ceremony of Pandit woman Meenu Kumari in Lar village of Gandarbal district and giving emotional support to her. He said the gesture would leave a positive impact on the freedom struggle in Kashmir.