* Amendment in petroleum products ordinance approved in line with IMF demands
* Miftah says no plans to enforce petroleum levy in one go
* MQM-P MNAs lambast government, walk out of House 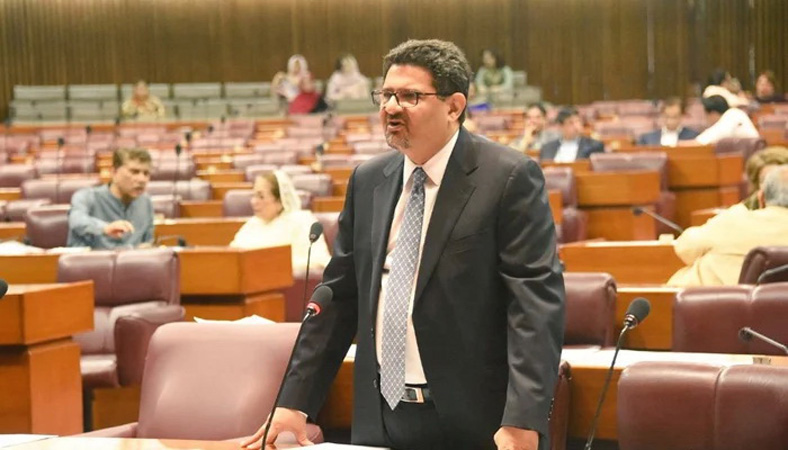 Giving legal effect to the budgetary proposals for the next fiscal year, the National Assembly Wednesday approved the Finance Bill 2022-23.

All amendments were moved by Minister of State for Finance and Revenue Dr Aisha Ghous Pasha. The House proceedings commenced after around two-hour delay with Speaker Raja Pervez Ashraf in the chair.

The bill was passed by majority vote after taking it up clause by clause. There was virtually no opposition to the passage of the bill similar to the last year. The passage of the budget for the fiscal year 2022-2023 brings the government one step closer to the revival of the stalled International Monetary Fund (IMF) program.

The government presented the Budget 2022-23 on June 10 with a fiscal adjustment of Rs1.25 trillion, but the money lender did not accept it, leaving Pakistan with no option but to make further amendments.

As the House began its proceedings, Dr Aisha Pasha asserted that the budget was not changed at the request of the IMF. She maintained that 80 percent of the amendments were directly related to taxes, adding that the government’s aim was to tax the rich and to give relief to the poor.

The coalition government, she claimed, was implementing the agreements the former PTI government had inked with the Fund.

Soon after the state minister’s remarks, the House began clause by clause approval of the finance bill.

On June 24, Finance Minister Miftah Ismail announced additional taxes that are expected to generate Rs466 billion. The additional taxes helped the government to reach an understanding with the IMF for the bailout package.

An amendment to take back the relief provided to the salaried class was also approved. Under the new rates, no tax will be imposed on those earning less than Rs0.6 million per year. And those earning between Rs0.6 million to Rs1.2 million will have to pay a fixed tax of 2.5 percent of the amount exceeding Rs0.6 million. These measures were in addition to the 10 percent super tax imposed on 13 large-scale industries including cement, steel, banking, airlines, textile, automobile assembling, sugar mills, beverages, oil and gas, fertilizer, cigarettes, chemicals and LNG terminals.

Commenting on this, Miftah Ismail said currently no levy had been imposed on the petroleum products.

“The government has received permission from the House to impose a petroleum levy of Rs50 per liter on the petroleum products. At the moment, there is no consideration and hope of immediately going up to this figure,” he said.

The start of the session saw lawmakers from the Muttahida Qaumi Movement-Pakistan (MQM-P) lambasting their allies. Without naming anyone, MQM-P MNA Engineer Sabir Hussain Kaimkhani said he was in the assembly after being elected by his constituency, not to plead for something. “We get these ministries, these seats so as to earn respect and serve. If we don’t even get respect after getting these seats, then we reject this,” he said.

Kaimkhani, who was elected from Hyderabad’s NA-226 constituency, said there was “one person present here because of whom we don’t have the necessities in our city”. “Our airport is shut, our PIA (Pakistan International Airline) office is closed, there are accidents on our railway tracks every day and blasts occur on our railway tracks. But no one is here to answer for the railway and PIA’s downgrade,” he complained. The MNA pointed out that the relevant minister was present in the assembly to address his complaints. “I am walking out against their behaviour and I am leaving. With them being a part of the government, neither the government nor the assembly can run,” Kaimkhani said.

He was joined by MQM-P MNA Salahuddin, who said his party had paid a political price and was bearing its consequences today. In response to a rebuttal that was inaudible, Salahuddin threatened, “We will not take a minute before moving from here to there”, an apparent reference to shifting from treasury to the opposition benches. Federal ministers Ayaz Sadiq and Murtaza Javed Abbasi tried to negotiate with the lawmakers, but Salahuddin said: “We have paid a heavy price for supporting you.”

The government also agreed to the Fund’s demand of imposing 1% poverty tax on companies earning Rs150 million, 2% on those generating an income of Rs200 million, 3% on those earning more than Rs250 million, and 4% on the ones generating an income of RsRs300 million or more than that. A day earlier, the government had completed the process of approving all 131 demands for grants of various ministries and divisions worth over Rs5.53 trillion.

The NA also rejected 266 cut motions submitted by opposition members, demanding a symbolic cut on allocations of eight ministries, including communications, energy, foreign affairs, interior, narcotics control and railways. The lower house of the parliament had already approved on Monday 83 demands for grants worth Rs4.57 trillion of those 30 ministries and divisions on which the opposition parties had not moved any cut motions. In parliamentary democracy all over the world, voting on demands for grants and cut motions is considered a crucial phase of the budget session as opposition members get an opportunity to give a tough time to the government by moving cut motions on ministries and divisions. But the present coalition government did not face any difficulty at this crucial stage of the budget session as there is no meaningful opposition in the house after the en masse resignation of PTI members following the ouster of the Imran Khan government.