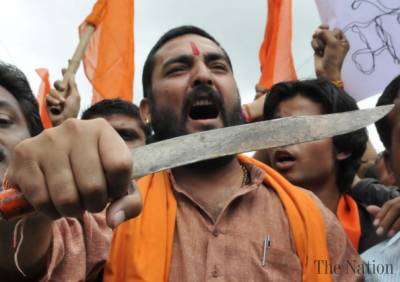 ISLAMABAD: Muslims were being targeted on social media by backers of the ruling Bharatiya Janata Party and other Hindu nationalist groups in India, said a report published by the New York University (NYU) Stern Center for Business and Human Rights.

According to Kashmir media service, The report, titled ‘A Platform “Weaponized”: How YouTube Spreads Harmful Content?–?And What Can Be Done About It’, outlines YouTube’s role in spreading political disinformation, public health myths, and incitement of violence in India.

The report flags the mala fide campaign that linked the Muslims with the spread of the coronavirus as a form of ‘jihad’, the targeting of Muslim vendors and the presence of several channels that thrive on Islamophobic content that demeans Muslims and incites violence against them.

“Religious intolerance long predated the arrival of YouTube in India, but widespread social media use has intensified the hostility,” the report says.

The report also says, “Menacing online attacks on women often blend with anti-Muslim themes in India”, saying a spate of misogynistic rants by “nationalistic Indian YouTube influencers have made such invective popular on the platform.” It links to a report about popular YouTube personalities who issued physical threats to women.

“When YouTube deleted some of the misogynistic accounts, creators simply started new ones. Another genre of hate videos features photos of Muslim women gleaned from public sources and facetiously puts the subjects ‘up for sale’, sometimes leading to abusive comments and talk of rape,” it says, referring to the Sulli Deals and Bulli Bai apps.