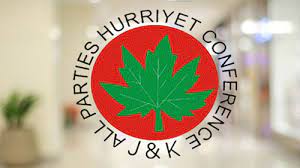 According to Kashmir Media Service, the leaders and organizations in their statements issued in Srinagar vehemently rejected the Indian government’s proposal of holding G20 meeting in IIOJK saying the move will amount to legitimize the India’s illegal occupation of internationally disputed Jammu and Kashmir.

They said, G20 member counties which have been championing human rights and civil liberties before deciding to visit Jammu and Kashmir should take into account the systematic human rights violation perpetrated by more than one million Indian occupation troops with impunity in the territory.

Instead of visiting the disputed territory, these countries that have been once staunch supporters of people’s right to self determination and voted in favor of the United Nations resolutions on Kashmir should ask India to resolve the dispute according to the UN resolutions and as per the wishes and aspirations of the people of the disputed region, they added.

The leadership further said that India has occupied the land of Jammu and Kashmir but failed to win the hearts and minds of people as these valiant people have strong resolve to liberate their motherland from the tyrannical clutches of India.

They advised India that instead of organizing a controversial meeting of G20 countries, it should address the basic issue of right to self determination to make South Asia peaceful, stable and prosperous.