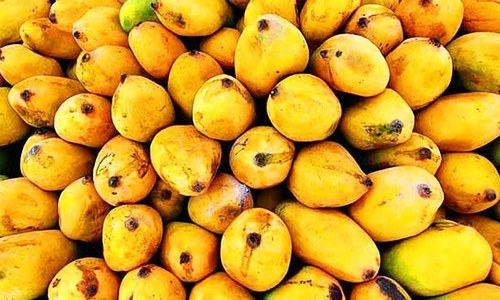 KARACHI: Pakistan has potential to increase mango-exports three-folds as at present only 5 percent of total produce is exported.

This was stated by President of Pakistan Agriculture and Horticulture Farms Shaikh Imtiaz Hussain on Friday, while speaking to the participants of Mango Festival at Clifton, Karachi, said a release.

He said Pakistan ranked globally among the top 10 producers of mangoes by Pakistan producing about 1.8 million tons annually but very unfortunately around 5% was being exported just because of controllable and uncontrollable losses.

About the varieties of mangoes in Pakistan, he said Punjab and Sindh were the country’s two main mango growing provinces. Among the hundreds of varieties cultivated in Pakistan, only 25 to 30 are actually cultivated on a commercial scale. Some of the famous varieties are Chaunsa, Sindhri, Langra, Dausehri, Anwar Ratol, Saroli, Samar Bahisht, Tota Pari, Fajri, Neelum, Almas, Sunera, Desi and Lal Badshah.  The most interesting part is that every variety carries its unique taste and its unique aroma.

President PAHF mentioned that Pakistan had potential in this sector, but climate change is inevitable and it is a matter of fact that Pakistan is experiencing recurring heatwaves and droughts. Pakistan is also declared as a water-scarce country, whereas the agriculture sector uses over 90% of all available fresh water. This year Pakistan’s mango production has also declined by around 50% as the crop has been severely hit by unusually high temperatures and water shortages. ” We all should take measures to save this most amazing gift of nature that is nutritionally rich with juicy delicious flavour and soul-stirring fragrance,” he emphasised.