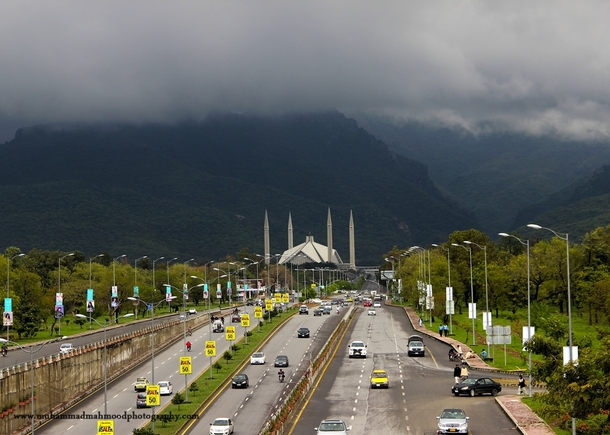 ISLAMABAD: The air quality of the federal capital on Thursday was recorded healthy for the third consecutive day as the recent heavy rainfalls turned the ambiance serene and pollution-free with ensuing gusty winds during sunny weather.

The air quality was healthy as suspended particles were recorded below permissible limits in the atmosphere along with the pollutants’ ratio due to persistent windy weather and reduced vehicular traffic on the roads. The air quality data has been collected by Pakistan Environmental Protection Agency (Pak-EPA) that monitors air pollutants ratio for 24 hours based on three intervals of eight hours data collection from different locations.

The Pak-EPA data revealed that the air quality throughout the three intervals of data monitoring remained low as the pollutants were below the permissible limits of national environmental quality standards (NEQS).

The hazardous air pollutant particulate matter of 2.5 microns (PM2.5), which was a lethal atmospheric contaminant, remained 12.16 micro grammes per cubic meter on average, which is lower than the NEQS of 35 mic-programmes per cubic meter and denotes the air quality healthy. The PM2.5 is generated through combustion of an engine, industrial emissions, burning garbage or inflammable material, and dust blown up by fast moving cars plying on non-cemented patches of the roads.

Moreover, the frequent forest fires in the federal capital also created high suspended particles, dust, and particulate matter in the atmosphere. However, a spike was witnessed during the peak hours of hot dry weather in the past week that was mainly due to congestion of automobiles plying on the roads after schools vans, office buses and public cars caused congestion on the main thoroughfares, an official of EPA told.

The particulate matter had remained above the permissible limits beyond 40 microns prior to the onset of rainfall which was mainly due to persistent hot and dry weather. The nitrogen dioxide (NO2) and sulphur dioxide (SO2) were recorded below permissible ratio as it were recorded 3.83 and 11.76 micro-grammes per cubic meter in past 24 hours in the atmosphere against the NEQS of 80 and 120 micro-grammes per cubic meter respectively.

These effluents were mainly produced during the operational activities of industrial plants and factories that were already under control, he said. He urged the masses with respiratory conditions and other critical heart or lungs diseases to avoid prolonged outdoor visits and wear face coverings and goggles when the air quality was unhealthy while venturing outdoors.