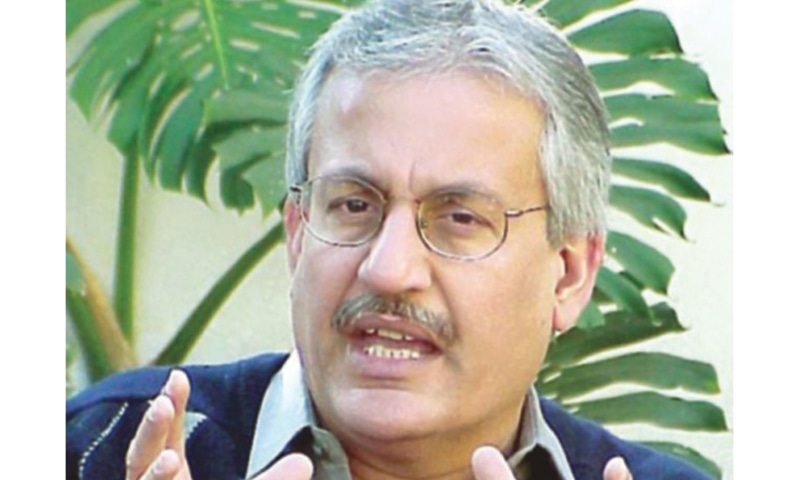 ISLAMABAD: Senator Mian Raza Rabbani on Tuesday said increasing inflation could be controlled by strict adherence to the competition laws, which would help break the nexus of monopolists and cartels, besides providing a level playing field to the local industrialists and farmers to achieve sustainable economic growth.

Resuming debate on the Federal Budget-2022-23 in the Senate, Senator Rabbani called for the restoration of trade unions and revisiting the lists of organisations performing more essential services in order to protect labour rights.

He also demanded implementation of the tax relief relief measures announced by the government in its budget for the low income and salaried classes to protect them from the rising inflation.

He stressed the need for preparing indigenous policies, besides minimising the influence of multilateral and landing institutions in order to maintain fiscal and financial sovereignty.

Raza Rabbani suggested the government renegotiate with the International Monetary Fund the loan facility under new terms and conditions, with keeping the parliament on board. He regretted that the parliament had never been taken into confidence on any agreement with the IMF.

He also proposed the government to withdraw the State Bank of Pakistan Amendment Bill, 2022 and asked for keeping parliamentary oversight to maintain financial and fiscal discipline.

Regarding the import of cheap petroleum products from Russia, Senator Rabbani said there was not any formal agreement between the two countries. All the major refineries in Pakistan were not capable to refine the Russian oil, he added.

Senator Danesh Kumar of the Balochistan Awami Party emphasised the need for including measures in the budget which might bring the less developed areas under development priorities.

He called for rationalisation of funding for the projects initiated under the Public Sector Development Programme and allocation of resources for timely  completion of the on-going projects.

He also asked for allocating special resources for the development of less developed areas of Balochistan and also providing better facilities of communication, education and health to the people there.

He expressed his concern on various incomplete development schemes, which were initiated in 2015, but still in progress. It appeared for the funds allocated in the budget that it would take more than a decade to complete them.

He suggested that the legislators should be given appropriate time to go through the budgetary document so that they could help in proper policy formulation.

Senator Muhammad Abdul Qadir said there was need to decrease imports and focus on increasing exports. A conducive atmosphere should be created for businessmen, while facilitation centres should be set up to attract foreign investment, he added.

Senator Behramand criticised the economic policies of the previous government  and termed the federal budget a good attempt to provide relief to the poor.