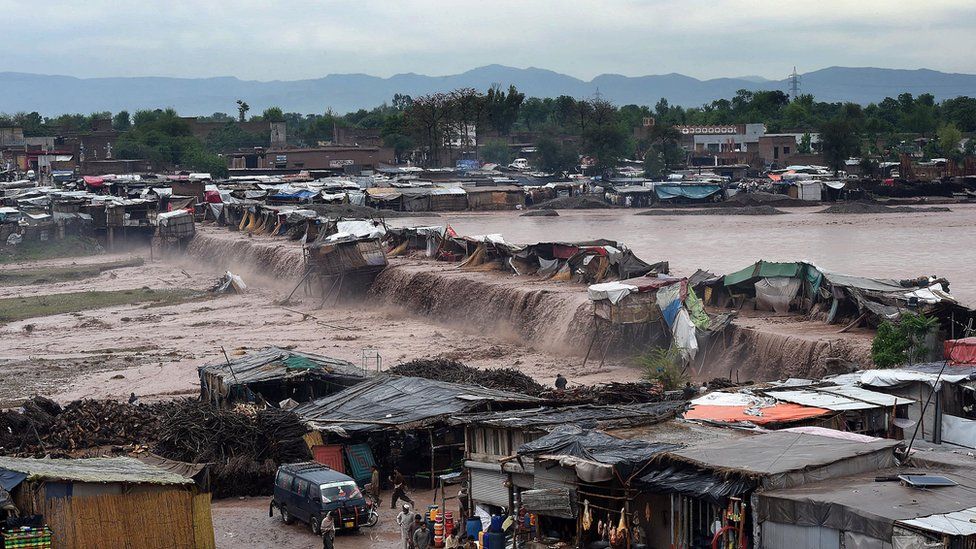 PESHAWAR: Two people died and three injured in rain-related incidents during the period of last 24 hours, said an update issued by the Provincial Disaster Management Authority (PDMA) on Tuesday.

According to the PDMA spokesman, one person drowned in a car due to flash flood in Wanda Haibati while another died due to wall collapse in Wanda Khaliq Shah of D.I. Khan.

Four cows were also perished due to collapse of HT wires, whereas thirteen houses were also damaged partially. Rescue 1122 teams had reached the affected areas and carried out search operation and retrieved the body of the person drowned in flash flood.

In a separate incident, due to heavy rain, a roof of a hotel was collapsed in Mauza Ratta Kulachi that left three persons injured. Chief Minister Khyber Pakhtunkhwa Mahmood Khan has directed the district administrations concerned for starting relief operation in the affected areas with immediate effect.

He said that the PDMA control room was fully operational and added the general public had been directed to contact helpline 1700 for giving information or verification of any unpleasant incident.