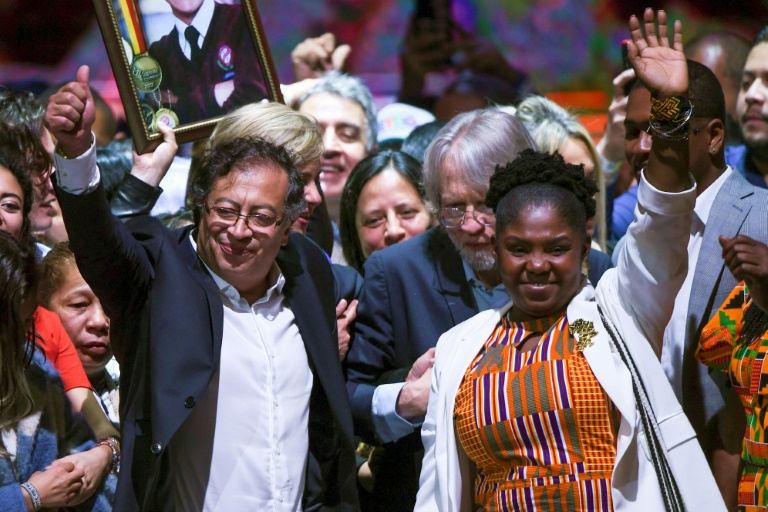 With all votes counted, Petro the 62-year-old former mayor of Bogota won with 50.4 percent to Hernandez’s 47.3 percent. “As of today, Colombia is changing, a real change that guides us to one of our aims: the politics of love… of understanding and dialogue,” said Petro.

Hernandez, 77, accepted the result, in which he came up short by 700,000 votes, in a Facebook live broadcast. “I hope that Mr. Gustavo Petro knows how to run the country and is faithful to his discourse against corruption,” said the construction magnate, who had made fighting graft his main campaign pledge.

Petro will succeed the deeply unpopular conservative Ivan Duque, who was barred by Colombia’s constitution from standing for reelection, in a country saddled with widespread poverty, a surge in violence, and other woes.

Speaking to delirious supporters at his party headquarters in Bogota, Petro held out an olive branch to his opponents. “This is not a change to deepen sectarianism in Colombia. The change consists precisely of leaving hatred behind, leaving sectarianism behind.”

He added: “We want a Colombia that through its diversity is one Colombia.” In another historic achievement for a country where 10 percent of the population identify as Afro-descendants, environmental activist and feminist Francia Marquez will become Colombia’s first black woman vice president.

“The great challenge that all of us Colombians have is reconciliation,” said the 40-year-old, who was the target of threats during a fractious campaign. “The time has come to build peace, a peace that implies social justice.”