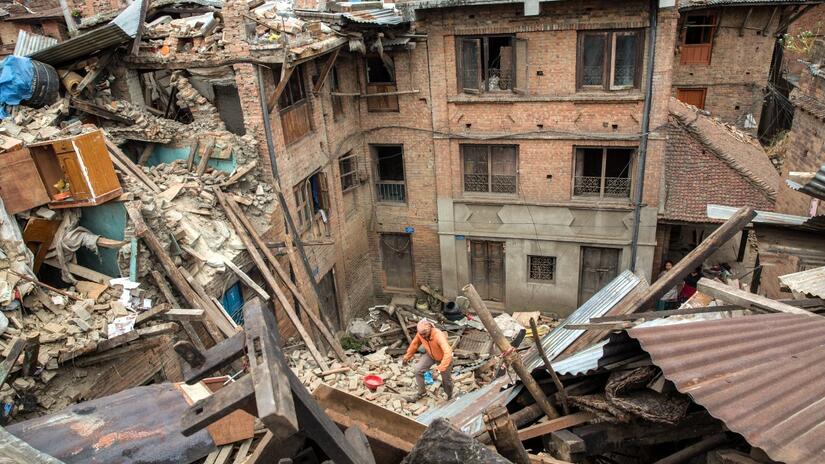 Taipei: A 6.0-magnitude earthquake struck Monday in Taiwan’s east, 38 kilometers south of Hualien city, the US Geological Survey said.
There were no immediate reports of damage or injuries.

A clip of a tranquil lakeside scene suddenly beginning to violently judder as the ground moved was posted on Facebook by a national park in Hualien.

“This is a really big earthquake!… Hope everyone stays safe!”, the caption read, adding the clip had been taken from one of its cameras feeds in the park.

An AFP reporter in Taipei felt shaking, and local media said the quake was felt across the island. The Taipei Metro stopped briefly when it hit, according to one passenger, before continuing at reduced speed for several stops.

A second smaller tremor hit about half an hour later, according to Taiwan’s Central Weather Bureau.

“In this area (where the quake hit today) there were only two earthquakes above 6.0 magnitude since 1990 and one close to 6.0 magnitude,” Chen Kuo-chang, head of Taiwan’s Central Weather Bureau’s Seismological Center, said at a press conference.

“The most shallow one was today’s and we think it may be linked to fault activities,” he added.

He said that the weather bureau was not ruling out more aftershocks above 5.0 magnitude in the next two days. Taiwan is regularly hit by earthquakes as the island lies near the junction of two tectonic plates.

The island does not issue tsunami warnings unless a quake is more than magnitude 7.0. Some earthquakes of 6.0 or more can prove deadly, although much depends on where the quake strikes and at what depth.

But the USGS gave a “green” ranking to the threat posed by the latest quake, predicting a low likelihood of either casualties or damage. Chen said the most earthquakes over 6.0 magnitude were recorded in 1999 when there were 13.

That year Taiwan was devastated by its deadliest ever quake — a 7.6-magnitude one in September that killed over 2,400 people.