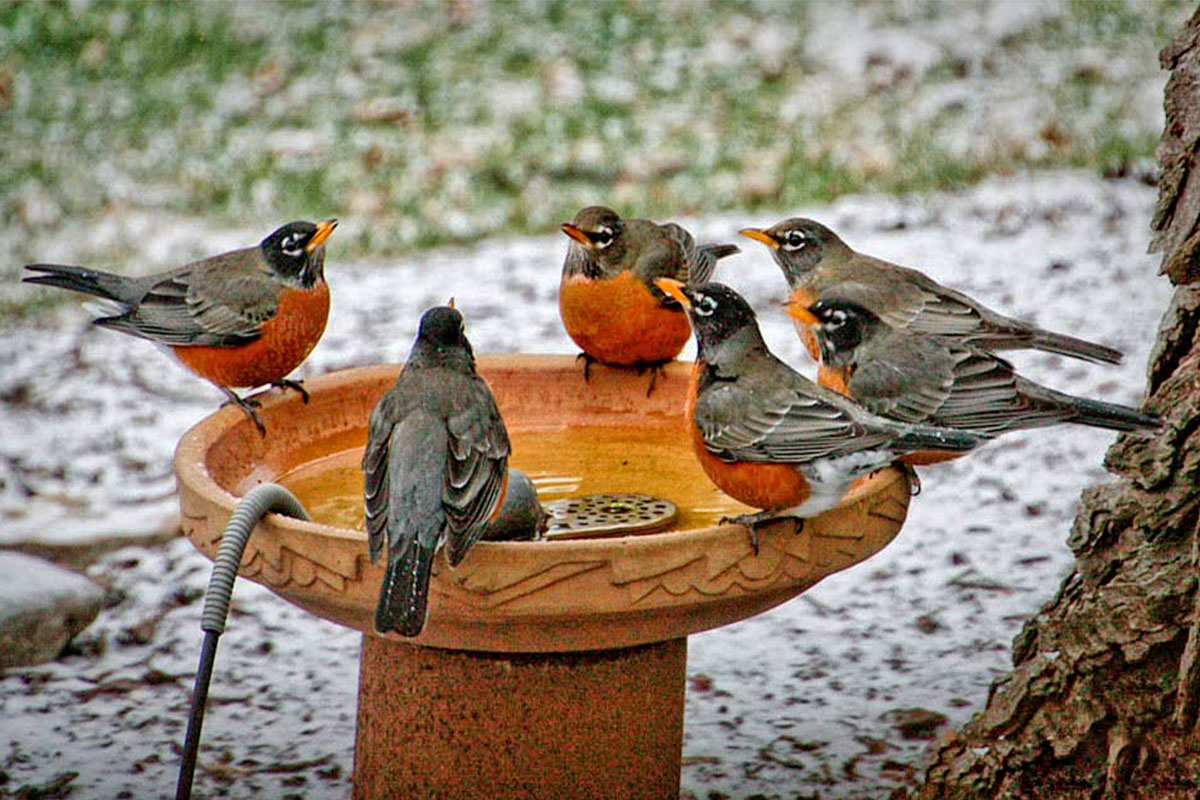 ISLAMABAD: Water ponds at the Fatima Jinnah Park F-9 sector can play life-saving role for the thirsty birds amid the sizzling heat, but ironically there was no respite for these little creatures as ponds have been dried out due to sheer negligence of the CDA.

Daily visitors to the park on Thursday made a passionate appeal to the Capital Development Authority (CDA) to keep the ponds filled with fresh water so that the thirsty birds could quench their thirst amid such extremely hot weather.

According to a frequent visitor to the park, Muhammad Afzal, the ponds needed to be cleaned and filled with fresh water every day as it was extremely painful to see the thirsty birds flying in and around the dry ponds in search of water.

He said the vast greenery at the park attracted many a local species of birds who gather there to beat the scorching heat. However, the empty ponds failed to suffice their thirst.

Talking to APP, Pakistan Wildlife Foundation expert Safwan Ahmed said fountains and feeders were a major source of water for the birds, but in such extreme weather most of such reservoirs got dried forcing birds to fly from one place to another to get a few drops of water.

He said birds did not only use water to quench their thirst, but also for preening and bathing to regulate their body processes which improved metabolism and kept them healthy.

The expert said the birds were attracted by sound and movement of water and if authorities concerned think about installing a dripper or a sprayer, or placing a bubbler in a pond that makes water twinkle in sunlight, it would not only provide a cool respite for wildlife but a recreational facility to residents as well.

“Summer season is a reminder for people to do this small thoughtful measure to help out the avian friends,” another visitor Shabbir Guman remarked who pointed out humane acts of the people who were placing bowls of water on windowsills for the thirsty birds.

A bird lover, Rizwan Ali who has been arranging water pots during summer since long, urged the capital city’s dwellers to set up clay pots at their homes’ floors and gardens and fill them with water for the thirsty birds.

“With my experience of handling birds rescue, I have seen birds who get distressed due to heat in summer. They lose strength by flying due to dehydration in hot summer which can lead to their death,” he observed.

He also urged the high ups of relevant civic bodies to ensure provision of water for the birds at green places, government buildings and along the roads.

When approached, Director Parks at Capital Development Authority, Muhammad Munir admitted that there were no proper arrangements for birds to drink water at the park.

However, two places were designated one at the entrance of gate no 4 and other at gate no 2 where some clay pots were filled for the purpose. He pointed out that hot weather had caused natural water sources to dry up.