Shujaat vows to help govt steer country out of crisis 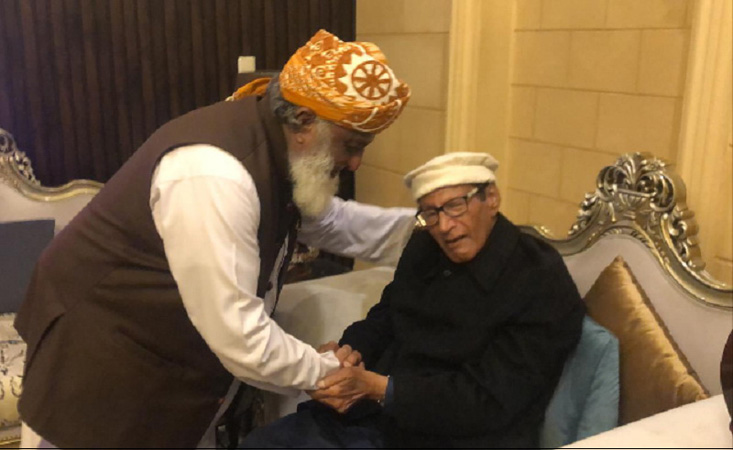 PML-Q President Chaudhry Shujaat Hussain has reaffirmed his support to the coalition government led by PML-N, saying that it was need of the hour to work together to steer the country out of crisis, a private TV channel reported.

The development comes after JUI-F chief Maulana Fazlur Rehman, an ally of the ruling alliance, called on the PML-Q chief at his residence in Lahore on Saturday. The two leaders discussed the political situation of the country as well as the budget for next fiscal year 2022-23 presented by the government on Friday. Both the leaders agreed to work together for the prosperity and development of the country.

They also expressed hope that the government will use all its resources to solve the problems faced by the people and also agreed to continue engagement in this regard. Amid rising inflation and fuel prices, both the leaders said keeping difference aside and working jointly to bring the nation out of the economic crisis should be a priority at this time.

The former rulers had pushed the country into an economic crisis which could only be ended through joint efforts, they added.

The meeting comes as the PML-Q – led by the famous Chaudhry brothers of Gujrat – appears to be finally heading towards a split – which at one time appeared impossible.