* Minister offers out-of-court settlements to all litigant businessmen
* 2.5 million shopkeepers to be brought into tax net this year 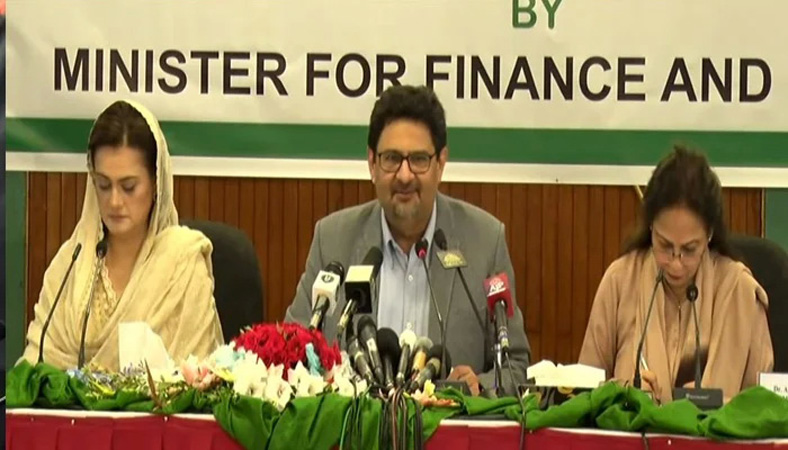 Federal Minister for Finance and Revenue Miftah Ismail on Saturday said worsening government administration in the past had caused huge damage to the national economy and drifted it to the verge of collapse that compelled the coalition government to present a tough budget.

Addressing the post-budget press conference here, he said if that maladministration were not addressed timely, it would cause further devastation and that was why the incumbent government had to present such a budget to address those issues.

The minister was flanked by Minister for Information and Broadcasting Marriyum Aurangzeb, Minister of State for Finance and Revenue Aisha Ghaus Pasha and Finance Ministry officials.

Miftah said there was a need to correct the country administratively, otherwise, its economy would not be run. “We have to go to other countries for loans, packages and deposits. Pakistan is a proud country, a country of proud people, a nuclear power country, and we will have to fix our economy,” he said. “We should not incur such expenditures that we cannot afford.”

The minister said the budget was presented at a difficult time when the country was passing through very hard times. “At least for the last 30 years…. I have never seen such difficult times where on one side Pakistan is faced with internationally challenging environment and on the other, the government administration has worsened,” the minister remarked. Unfortunately, nothing was done by the previous regime to correct the economy, he added. Citing huge losses in the power and gas sectors, the minister said during the past year, around Rs 3,400 billion losses were recorded in the two sectors owing to subsidies and defaults. The minister said subsidies of more than Rs 1,100 billion were given in the power sector, whereas the circular debt reached Rs 500 billion, taking the total losses of the sector to Rs 1,600 billion. The country had no capacity to bear those huge losses, which, if not addressed, would damage the economy, he added. Likewise, the minister said, Rs 400 billion subsidy was given in the gas sector coupled with Rs 1400 billion circular debt whereas the Sui Northern Gas Pipelines Limited (SNGPL) faced the loss of Rs 200 billion. Gas valuing $2.4 billion was lost annually at the network of the SNGPL, which had never been accounted for. However, he assured that the government would provide gas to the industry on rates that were competitive in the regional market.

Miftah said during the current fiscal year, there was almost Rs 4,598 billion deficit. Four big deficits in the country’s history were witnessed during the Pakistan Tehreek-i-Insaf government. He said owing to the huge debts taken by the previous regime, the current government set aside Rs 3,950 billion for debt servicing, which was equal to two defence budgets of the country. The minister enumerated that the total revenue target had been set at Rs 7,004 billion and if non-revenue resources were added it would take the total revenue to Rs 9,000.