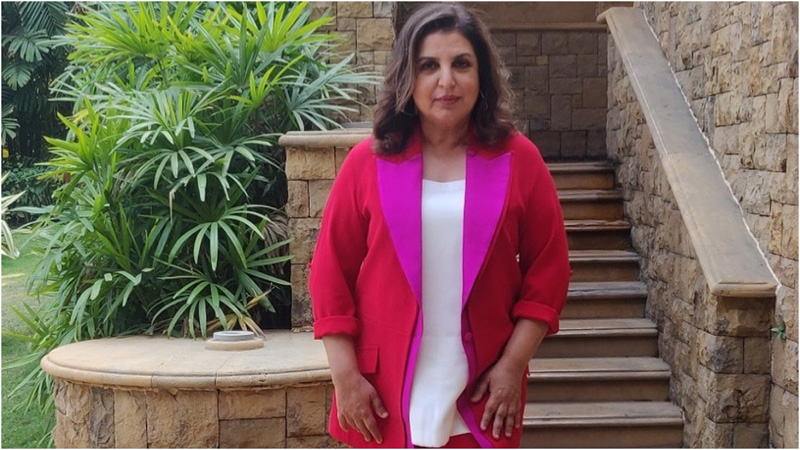 A video doing rounds on the internet, from this year’s IIFA ceremony, sees the ‘Vaaste’ singer who has been rolling out super hit numbers one after the other since her 2018 debut, being shut up by Bollywood choreographer-filmmaker Farah Khan.

The video has all the performers for the event lined up on the green carpet, sharing sneak peeks into their performance when Dhvani was asked to do the same. “My performance is gonna be my song and I can sing a few lines of vaaste for you,” she said in response.

“It is composed by Tanishk Bagchi and it feels really great to be a part of this stage with such great performers and Salman sir, Big fan,” the starlet added before finally getting into the awkward performance.

Bhanushali continued singing until Farah Khan who was standing next to her, patted her back and asked her to stop. “Chup Hoja,” she whispered.

The clip has gone viral across social media platforms and this impromptu performance from Bhanushali has given yet another opportunity to the keyboard warriors, who are trolling the lady for the below-average act. “Farah be like – Sorry aap Mumbai nahi aa sakti,” read a comment on the social news site, Reddit. “Live main auto tune nahi ho payega na,” another user remarked.

“When your dad works with tseries anything can happen,” noted a third user.