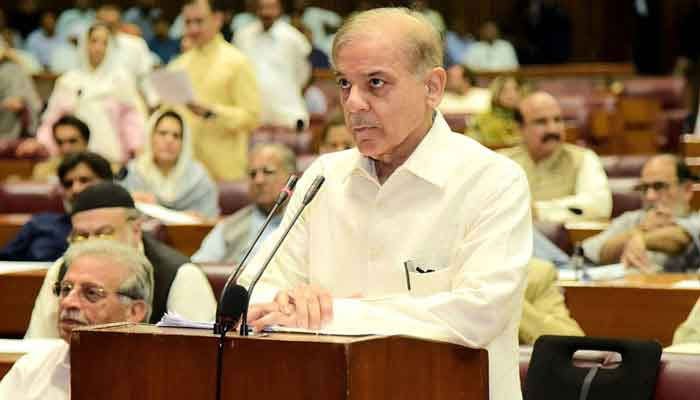 ISLAMABAD: Prime Minister Muhammad Shehbaz Sharif  Thursday suggested the parliament to hold a debate and adopt a resolution to condemn the blasphemous remarks by the leaders of the Bharatiya Janata Party – the ruling party in India. The prime minister, in his brief remarks during the Joint Session of Parliament, endorsed the proposal by Minister for Economic Affairs Sardar Ayaz Sadiq and asked the National Assembly speaker to allocate an hour on Monday to discuss the issue.

“Not only this House or the 220 million people of Pakistan rather every Muslim from across the world can sacrifice everything to safeguard the sanctity of Holy Prophet Muhammad (Peace be Upon Him),” he commented.

“This matter should be taken seriously,” the prime minister said, reiterating his call for discussing the issue on Monday as the House would initiate debate on the annual budget 2022-23. The prime minister said following the discussion, the whole parliament should adopt a resolution to condemn the hateful act.