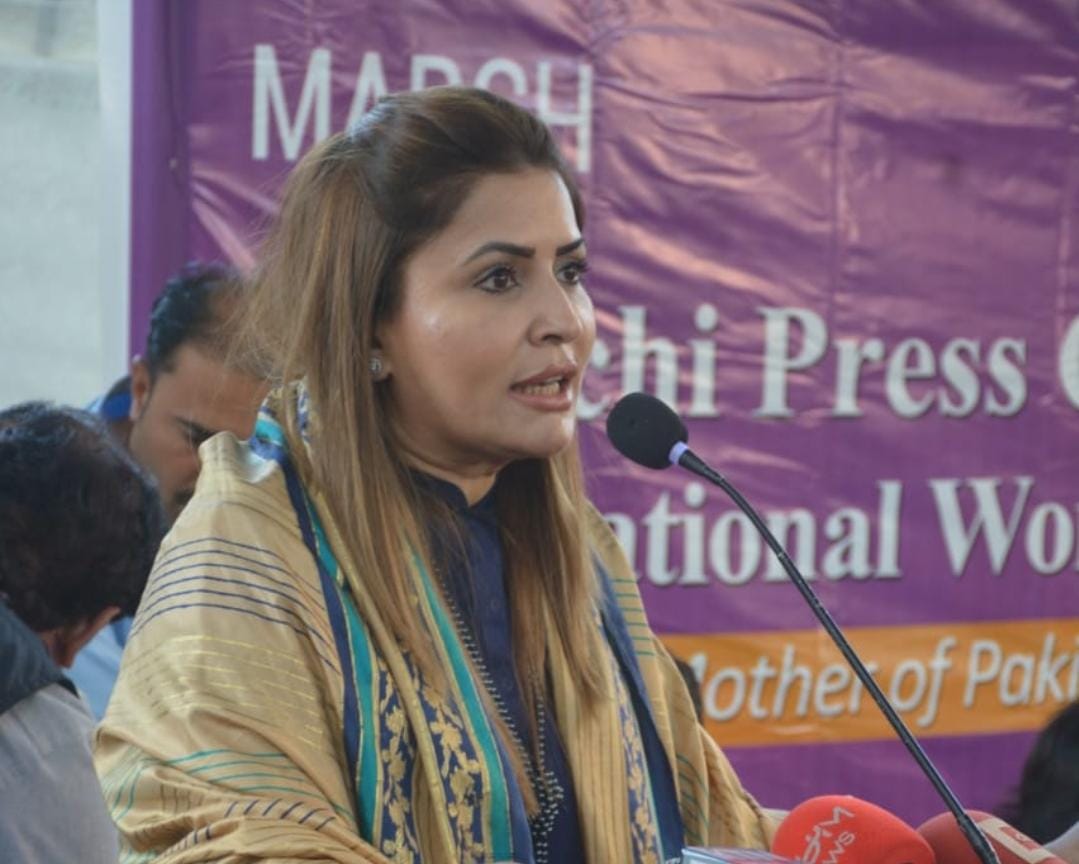 ISLAMABAD: Federal Minister for Poverty Alleviation and Social Safety, Shazia Marri Wednesday said the people-friendly coalition government was all set to announce a balanced budget keeping eye on all the economic indicators and taking all the stakeholders on board.

“Pakistan People’s Party believes in the people friendly policies and has advocated its stance of giving maximum possible relief to the masses in the upcoming budget,” she said while talking to media at One Window Center, G-7.

The federal minister said”The country is witnessing a complex economic situation due to the ineffective policies of the previous government which claimed to provide one million jobs, construct five million houses, not to take loans from the IMF and raise tax.”

Contrary to this, the country witnessed record inflation during the last four years and the former Prime Minister took a large amount of loan from IMF which has no precedent in the last 70 years.

She said”The former Prime Minister, who is saying the country will ruin, if he will not come into power, is unable to tell the masses about his four year performance.”

“When he loses power, he starts commenting on the nuclear assets of Pakistan to hide his own failures”, she added.

Why didn’t Imran Khan take all political parties and the parliament into confidence before signing the IMF dangerous loan conditions? she questioned.

“No matter how much Imran Khan abuses; his performance will be questioned by the same media whose freedom was curbed during his tenure. Media plays a role of a strong pillar of society and the downfall of any ruler starts when he silences the voice of the media”, she observed.

The previous government claiming to provide jobs and houses to the masses snatched these rather misguided them in the name of foreign conspiracy.

“The sigh of poor masses expelled the former Prime Minister from power”, she said.

She said that the statements given by the selected former Prime Minister reflect his unpatriotic behaviour. “Imran Khan who is addicted to five carat diamonds, VIP culture and enjoying travelling by helicopter misusing the resources of Khyber Pakhtunkhwa government cannot mention even a single achievement of his tenure”, she asked.

The people of Pakistan have suffered from terrorism and worst economic situations but raised the slogan of “Pakistan Zindabad”.

Shazia Marri said that the present government has taken the difficult decision of increasing petrol prices in wake of the prevailing economic crisis owing to the ineffective policies of the previous government.

The relief package worth Rs. 28 billion has been approved to benefit a total of 14 million people including eight million existing BISP beneficiaries and another six million, having less than Rs. 40,000 monthly income, to be identified through the National Socio Economic Registry (NSER).

She urged the media to educate masses about the procedure of applying for the financial assistance of Rs. 2000 by sending their CNIC to the`786 SMS service.

Responding to a question, the federal minister said that the government realises that the amount to be given under the relief package will not resolve all the issues of people but atleast help reduce their burden to some extent. More targeted subsidies to provide relief to the poor will be announced in future, she assures.

The BISP initiatives including Waseela-i-Haq and Waseela-i-Rozgar that were closed by the previous government would be revived that aimed at making the people self-reliant, she said.

To another question, she said that the former Prime Minister has given amnesty to the upper class and ignored the disadvantaged segments of society, however the present government is focusing on providing maximum relief to the poor people.