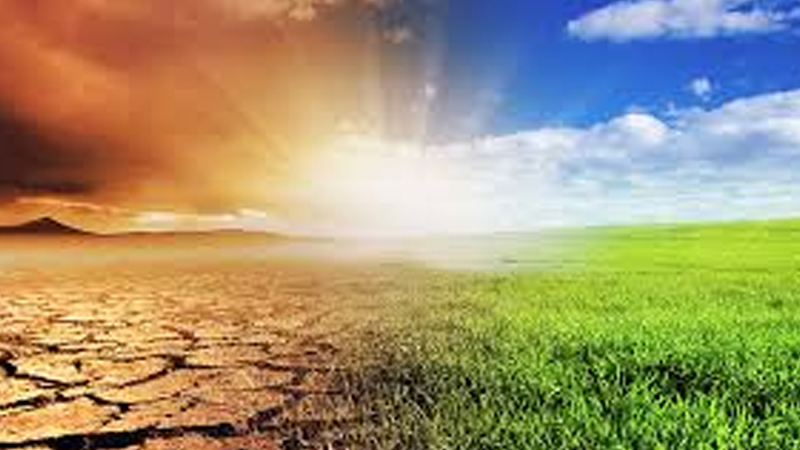 climate-changeClimate change is arguably the biggest threat the world is facing right now and its effects are all around us. The melting of glaciers and the warming of seawater have pushed global sea levels up by an average of 8 to 9 inches since 1880. Nearly 70% of this increase has occurred in the last three decades, indicating the impact of anthropomorphic activities.

The rapidly shifting weather patterns are hurting agriculture everywhere while crop yields are facing growing threats from floods, reduction in water supplies, and pests. Meanwhile, the increase in pollution is affecting everyone’s health. Pakistan has been hit particularly hard by these factors. Not only are we facing extreme weather conditions in every corner of the country, the alarming decline in air quality and the emergence of smog in urban centres have also made life difficult for the residents. In several cities, including Karachi and Lahore, the Air Quality Index (AQI) reading, released by the global environmental forum IQAir, persistently stays above the unhealthy range.

The good thing, however, is that the PTI-led government has recognized the seriousness of this issue and has taken various steps to tackle climate change. The government first launched the Billion Tree Tsunami program in Khyber Pakhtunkhwa in 2014 at the provincial level and later, in 2019, the 10 Billion Tree Tsunami project was launched. On the policy front, the government has also taken various initiatives, such as updating the nation’s climate action plan – Nationally Determined Contribution (NDC) – which now aims to reduce the country’s emissions by 50% by 2030 (15% unconditional cuts in emissions and 35% conditional on the availability of resources).

Although the government is leading the way, the private sector, particularly the leading corporations, will also have to play its part. There are various benefits of engaging the private sector to tackle climate change. First and foremost, this can significantly increase financial resources earmarked for protecting and preserving the environment.

In Pakistan, Cnergyico Pk Limited is one of the few energy companies that has been actively participating in environmental initiatives. Mr. Azfar Saeed Baig, Cnergyico’s Vice President of Information, said that by working together, “the private and public enterprises can do a better job of mobilizing the civil society and develop innovative solutions to fight climate change.”

Cnergyico carries out various kinds of activities under the banner of Corporate Social Responsibility, ranging from preserving marine life to supporting COVID-19 vaccination campaigns. The company has long been a proponent of improving access to clean drinking water, which is in line with the United Nation’s Sustainable Development Goals (Goal number 6: Clean Water and Sanitation). “Polluted and contaminated water is one of the biggest sources of diseases, like diarrhoea and hepatitis A,” Mr. Azfar Saeed Baig explained, “but by providing clean drinking water, we can prevent diseases and improve quality of life in our local communities.”

Cnergyico was the first major company in Pakistan to start planting trees using the novel Miyawaki Method of afforestation. In 2018, the company sponsored the first Urban Forest Park in Clifton, Karachi, and since then, it has planted thousands of trees in the city as well as near its refinery in Balochistan.

The private sector is responding to the government’s call and the policymakers should further increase their engagement. Climate change is quickly emerging as an existential threat to everyone. But through effective public-private partnerships, we can mitigate the impact of climate change and prepare a better world for tomorrow.