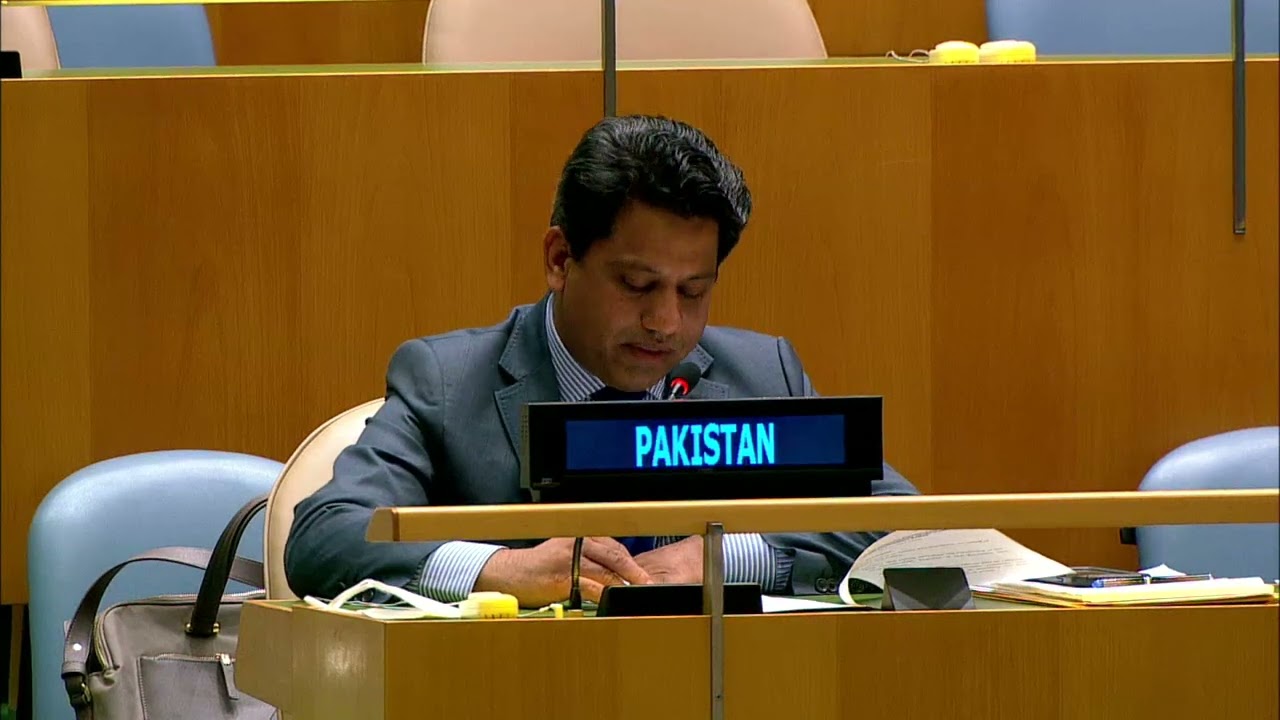 UNITED NATIONS: Pakistan, speaking on behalf of the “Group of 77” (developing countries) and China, has called for global solidarity to address the interlinked challenges of conflict, climate change and environmental degradation, as well as the socio-economic downturns resulting from the coronavirus  pandemic, aggravated further by an increase in inflation.

“To confront these challenges, we need a transformative vision, a strong expression of global solidarity, and a collective will to support the national efforts of developing countries to build resilience against future shocks,” Ambassador Aamir Khan, acting Permanent Representative of Pakistan to the UN, told a joint meeting of the executive boards of six UN funds and programmes.

In his remarks, Ambassador Aamir Khan said the developing countries were  disproportionately impacted by those challenges, particularly because of the unsustainable debt burden that many of them had accrued right now.

In this regard, the G77 chairman proposed a collective “call to action” to deal with the challenges, including:

Enhancing cooperation and coordination of development activities, especially for those countries that are either facing humanitarian emergencies or are in conflict situations;

Scaling up climate resilience across food systems, in line with national priorities/strategies and circumstances, while recognizing that there is no one one-size-fits-all solution;

Rationalising international agricultural trade, including by addressing huge agricultural subsidies provided by some richer economies that not only distort global markets but also make it impossible for farmers in the developing countries to compete;

Focusing on flexibility and speed to ensure the timely provision of emergency concessional financing, including grants, with an emphasis on ensuring net – positive resource transfers to countries experiencing social and economic distress;

Meeting external financing needs of developing countries especially in the form of extraordinary emergency measures for countries in, or at high risk of, debt distress

Channelizing at least $250 billion of the $650 billion SDRs (Special Drawing Rights), to address the liquidity crisis in developing countries;

“Executive boards need to play their oversight and guidance role to ensure compliance with the agreed mandates and ensure that the UN entities’ potential and capabilities are strengthened and fully realised,” the G77 chairman added.