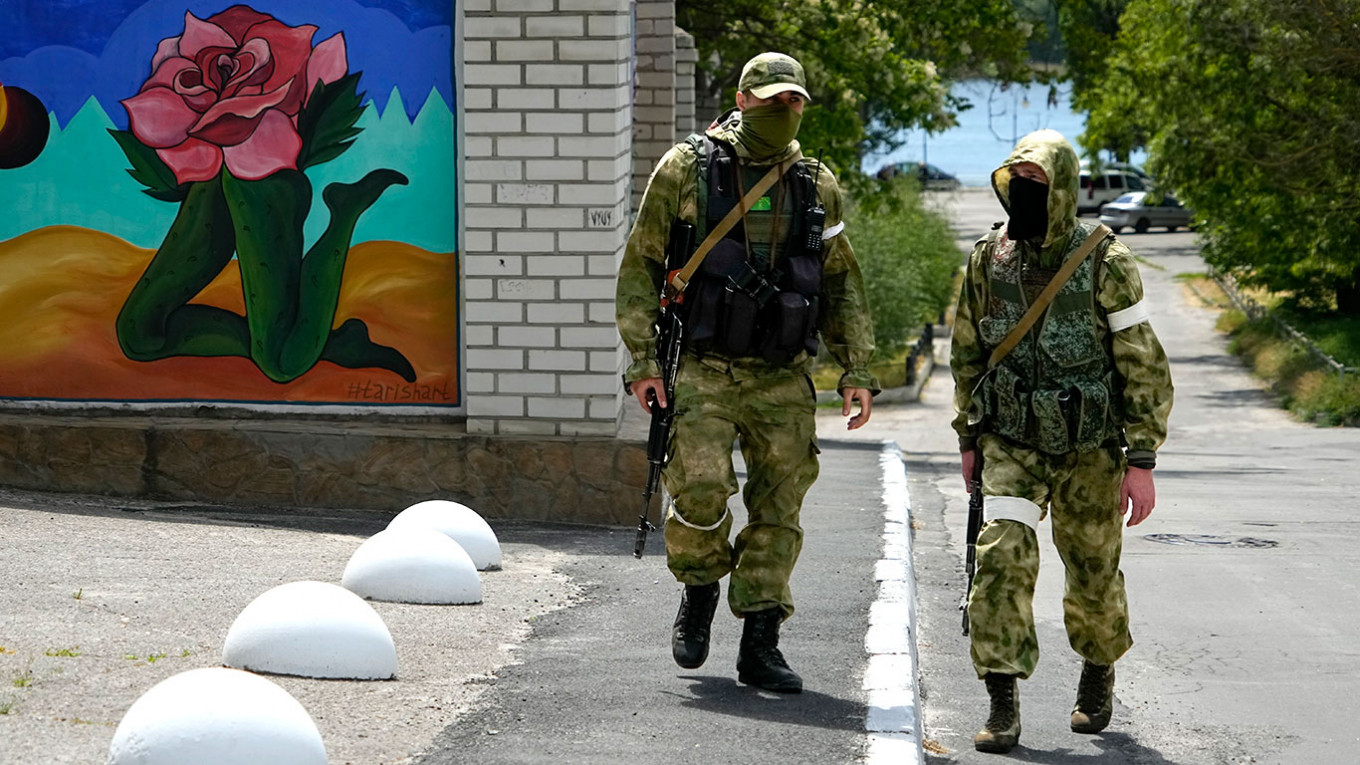 Kyiv, Ukraine: Two Russian soldiers were both sentenced to more than 11 years in jail on Tuesday after a Ukrainian court found them guilty of firing artillery at civilian areas.

The verdict comes one week after a court in the capital Kyiv handed a 21-year-old Russian solider a life sentence for killing a civilian the country’s first judicial reckoning on Russia’s invasion. Alexander Bobykin and Alexander Ivanov, the servicemen convicted on Tuesday in the central region of Poltava, were on trial for violating norms and customs of warfare.

“The Kotelevsky District Court in the Poltava region sentenced them to 11 years and six months in prison,” the Ukrainian prosecutor general said in a statement on social media. Her office distributed a blurred picture of two men with shaved heads wearing casual clothing and sitting in a transparent box for defendants in the courtroom.

Ukrainian news agency Interfax reported that both defendants had pleaded guilty to firing Grad missiles on two villages in the north-eastern Kharkiv region — Kozacha Lopan and Veterynarne — in the early days of the war. It said their legal defense had requested a more lenient sentence, claiming the soldiers had been following orders and acting under duress.

All three verdicts against Russian servicemen in the last week, which followed short trials, are expected to be the first in a wave of trials. Ukraine says it has opened thousands of investigations into alleged war crimes since Russian President Vladimir Putin ordered troops into Ukraine on February 24.

Rights organizations have voiced hope that Ukrainian trials of Russian soldiers will be impartial and transparent. Ukraine’s prosecutor general Iryna Venediktova announced this week the country’s first rape case, allegedly committed by a Russian soldier currently at large. After the May 23 conviction in Kyiv of 21-year-old Vadim Shishimarin, the Kremlin said it had not received any information about his case during his trial.

“The fate of every Russian citizen is of paramount importance to us,” it said last week. Ukrainian lawyers representing Russian servicemen say they have not been in contact with legal or military officials in Moscow.