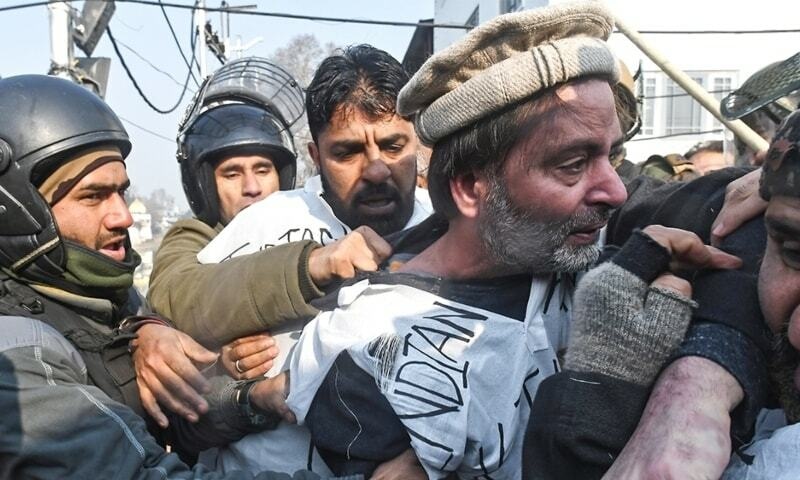 Talking to media, he said “The malafide conviction and sentencing of Yasin Malik in a politically motivated case is totally unacceptable.” Highlighting the JKLF chief’s supreme sacrifices, the AJK PM said that Malik has rendered unparalleled sacrifices for the Kashmir cause and endured unendurable hardships at the hands of the Indian occupation forces.

Welcoming the OIC’s statement, the PM said that the government and people of Azad Kashmir stand shoulder to shoulder with Yasin Malik. “Malik believes in peaceful struggle, he has always sought a peaceful settlement of Kashmir dispute through dialogue and diplomacy”, the AJK’s PM said, adding that Malik was being punished for his political beliefs.

He said that a comprehensive mechanism would be devised to take the issue to all forums including the International Court of Justice. In this regard, the PM said, services of international law experts will also be sought to raise this issue.