Former Prime Minister of Pakistan Imran Khan has been a strong advocate of establishing a trade relationship with Russia. In his last speech to the nation, a day before the vote of no-confidence was moved against him, he praised India for not bowing to the US pressure and buying oil from Russia at cheaper rates. Since the Ukraine-Russia war, the latter has sold oil at a discounted rate to keep its exchequer liquid. Pakistan, too, had agreed to follow suit, but the PTI government’s removal doused hope. Had we reached any such agreement, it would have helped us narrow down the ever-increasing current account deficit. In addition to China and India, discounted Russian barrels are going to Turkey, Georgia, and some African nations.

We are not sure if Imran Khan’s narrative that Pakistan is towing the US line in not getting into a trade relationship with Russia holds any water. However, what we are sure of is that Pakistan has been reluctant to take a position on matters of national interest if it goes against our relations with the power that be. The Ukraine war is a recent phenomenon. Russian oil and gas have been attractive commodities for Pakistan for a long time because of their cost and terms of reference. We, however, have been overlooking this opportunity despite inking several memorandums and initiating a gas pipeline project. In a country whose significant portion of foreign reserves is spent on buying oil and gas, its denial to look for places that sell cheaper oil and gas can only be termed an act that belies commitment to the national interest.

Recently social media have been rife with the misconception that Russian oil is denied in Pakistan because we lack refineries that could process Russian oil. Some well-established oil experts floated this conspiracy theory, perhaps to lend a cover to the new government’s reluctance to reach out to Russia for any such deal. However, in my video message uploaded on Twitter, I broke this myth. I argued that Russia produces four oils, namely ESPO, Urals, Sokol, and Sakhalin. Out of these four, Pakistan’s refineries can process ESPO and Sakhalin easily.

The local refineries can only meet 20 per cent of the local petroleum requirements and the remaining 80 per cent is met by importing crude oil and refined products worth $2.22 billion.

The question is: why do we need Russian oil at all? One, it is cost-effective. Two, we will get rid of dependence on oil from the Middle East, especially Saudi Arabia. Three, it will strengthen the relationship between both the countries leading to more trade in energy-related goods.

According to Pakistan’s development plan for the oil and gas industry, the country has a total of six operational refineries with a processing capacity of up to 19.4 million tonnes of crude oil annually. However, owing to several financial and technical issues, the total output of these refineries in the last financial year has been around 11.6 million tonnes. As a result, the local refineries can only meet 20 per cent of the local petroleum requirements; therefore, the remaining 80 per cent is met by importing crude oil and refined products worth $2.22 billion, as reported in April.

At this point, Pakistan is fighting one of the most challenging battles of its history, where both its economic and political landscape is in limbo. Unable to stop the surge in petroleum prices because of international price hikes and faced with an impending vote of no confidence, the PTI government in their jest to earn a few brownie points froze petrol and diesel prices from March until June 2022. Having known that the Ukraine-Russian war would keep crude prices in a volatile condition, the government’s decision to subsidize oil and diesel was nothing short of shooting itself in the foot. However, one had expected the new government to reverse the PTI decision, which was not to be. The PML-N government knew that this one-shot would further add to the popularity of the PTI.

Pakistan’s petroleum woes are related to its practice of mismanagement. We do not hunt for cheaper oil. We delay buying energy products, and by the time we are ready to bid, either the products have become expensive or short. We lack the courage to take tough decisions, like enforcing early closure of markets, to conserve energy. It has been decades since we last upgraded refineries, which could have helped us to increase local production capacity. We have not improved or expanded ports so far, because of which cargos remain stranded for months there. On top of it all, the ever-widening circular debt has trapped Pakistan’s entire energy sector in a tumultuous web.

Government can reduce the consumption and import bill of petroleum products in several ways. I have been arguing that Pakistan needs to introduce ration cards; reduce working days to at least four days a week, as is being mulled; instead of limiting itself to selling Euro 5 RON 92 only, Pakistan can also process RON 88 or 90-most of the refineries do not have the technical support to process Euro 5 RON 92-to increase local production, and last but not the least reaching out to Russia for cheaper oil in the national interest.

Pakistan’s precarious economic condition in which the IMF has become an integral source of both financial relief and suffocation, there is hardly any harm in bypassing the US pressure to build trade ties with Russia.

The writer is an expert in petroleum and energy sector and has a wide range of experience in international trading. He tweets @AhmadWaqar01. 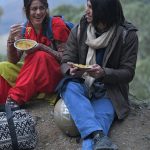 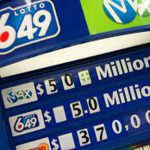 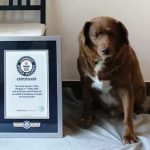