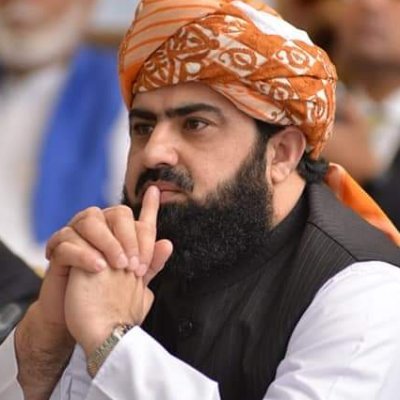 ISLAMABAD: Minister for Communications Mufti Asad Mahmood on Tuesday said the Pakistan Tehreek-e-Insaf (PTI’s) long march to Islamabad is foreign funded and asked the authorities concerned to probe the matter.

“Today too funds are pouring in for PTI’s long march that needed to be investigated. I also demand of the Election Commission of Pakistan to decide the PTI’s foreign funding case without any further delay,” he said on the floor of the National Assembly.

He was of the view that the PTI chairman had been receiving party funds from Jews and Indian nationals.

He said the PTI’s protest was unjustified as its government was ousted in a democratic and constitutional way through a no-confidence motion.

Mufti Asad said Imran Khan’s own children were sitting abroad but he was using children of Pakistan as ‘human shields’ in the PTI’s protests and long march to achieve his ulterior motives.

He recalled that when the no-confidence resolution was moved in the House, Imran Khan had welcomed it saying that he was waiting for it to give a befitting response.

But, later he produced a letter and blamed America for the conspiracy and now he was talking about the murder plot, the minister added.

Mufti Asad criticized the PTI government for putting the Kashmir issue on the back-burner and vowed that the incumbent government would stand by the people of Kashmir shoulder-to-shoulder in their struggle for legitimate right to self-determination.

He said India would never succeed in suppressing the indigenous movement of Kashmiri they launched to get rid of illegal Indian occupation.

The minister said the National Assembly had passed a unanimous resolution condemning the arrest of Hurriyat leader Yasin Malik in a fake case.

He said it was unfortunate that on March 25 when the whole nation would be expressing solidarity with the people of Kashmir over the sentencing of Yasin Malik, the PTI was planning a long march.

Even so, he said, the wife & daughter of Yasin Malik had also requested Imran Khan to postpone the long march for any other day to make the solidarity activities more effective.

But, he said, Imran Khan refused the request and directed the PTI workers to demolish whatever came in the way of the long march, adding the violent and aggressive strategy had claimed the life of a policeman in Lahore.

He reiterated the government stance that the next general elections would be held on its due time.

The minister said efforts were being made for the restoration of all government employees, who had been expelled by the PTI government during its tenure.