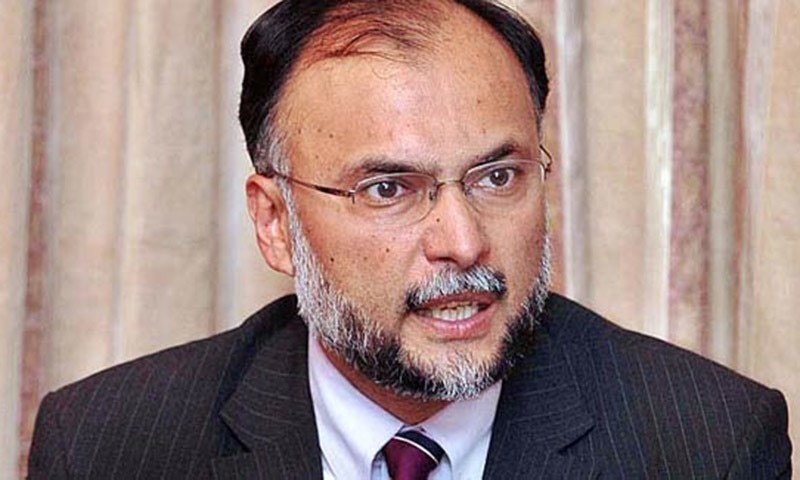 ISLAMABAD: Minister for Planning Development and Special Initiatives Ahsan Iqbal here on Tuesday said that political stability and continuity of economic policies were vital to achieve sustainable economic growth and social prosperity in the country.

Addressing the fourth annual convocation of Pakistan Institute of Development Economic (PIDE), he said that Pakistan was blessed with huge natural resources and also endowed with vast human capital, adding that it was needed to exploit these resources to put the country on the fast track of economic development.

He said that we are living in the age of information and in this day and age, economic and social policy can no longer remain isolated from real-time data and robust research foundations.

The new forces of technology, information, globalisation and innovation are shifting development paradigms, he said, adding that this calls for fundamental changes in societies’ social, political and economic behaviours and structures to create new capabilities and capacities.

We need institutions that are proactive and alert and aware of the changing times, he said adding that in recent times, PIDE has proven itself a valuable resource to the nation as its rapid adjustment to the new norms during the pandemic that rendered the entire world nonfunctional was an impressive feat.

The minister said that it is also encouraging that research think tanks responded promptly and unconventionally to unpreceded issues, adding that this demonstrates the amount of potential that is packed not only within PIDE but within the country.

Ahsan Iqbal said that he was optimistic that PIDE had prepared today’s graduates to be the leaders and policy-makers of tomorrow.

Speaking on the occasion, Vice-Chancellor PIDE, Dr Nadeem ul Haque said that PIDE is a premier research and teaching institution, adding that it is a world-class economic development research centre attracting the Planning Commission and the Government of Pakistan.

PIDE is a specialised degree-awarding institution in significant economic and business fields and internationally recognized research, he said adding that it produced  PhDs, MPhils/MS and Masters in Business Administration, Economics, and related social sciences and help overcome critical shortages of highly trained economists in the public and private sector.

The Vice-Chancellor said that PIDE students are sought after by the reputed international institutions and the top-rated institutions in Pakistan. Currently, PIDE alumni are doing very well in the World Bank, IMF, State Bank of Pakistan, and leading universities in Pakistan.

Meanwhile, 1,582 students are being bestowed degrees in multiple disciplines in the fourth convocation this year as PIDE has produced about 2,133 graduates working at different national and international organisations. A total of 64 students were awarded Gold Medals for extraordinary academic prowess during their time at PIDE.