Country facing challenges due to incompetency of former regime: Kaira 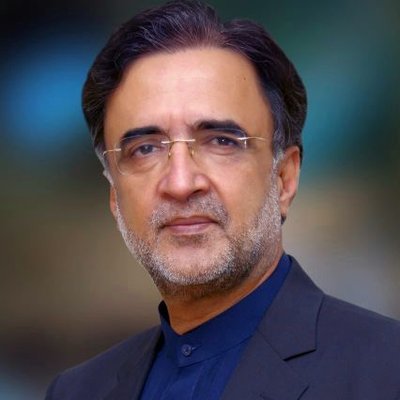 ISLAMABAD: Adviser to the Prime Minister on Kashmir Affairs and Gilgit Baltistan Qamar Zaman Kaira said that the country was facing many challenges due to the incompetency of former regime but Chairman PTI Imran Khan was blaming the incumbent government.

Addressing the joint press conference after the federal cabinet meeting here on Tuesday, he said the federal capital as well as Punjab were still uncertain about the political situation prevailing due to the non-political activities (Long March) of Pakistan Tehreek-e-Insaf (PTI).

Kaira asked the PTI Chairman to provide some evidence to law enforcement agencies if he had any life threats or else stop telling lies and misleading people.

“Yasin Malik has been constantly fighting against atrocities like extrajudicial killings, rape of women, etc. committed by the Indian government in Indian Illegally Occupied Jammu and Kashmir (IIOJ&K)”, he added.

He also strongly condemned the grave human rights violations in IIOJ&K and urged the international community and human rights organisations to take practical steps to stop India from carrying out this unjustified and unilateral trail against Yasin Malik.

“The issue of Hurriyat leader Yasin Malik’s illegal trial should be highlighted in national and international forums so that justice can be done to the innocent Kashmiri leader and the serious atrocities committed by India in IIOJ&K,” he added.