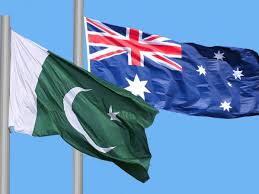 Minister for Parliamentary Affairs Murtaza Javed Abbasi Monday said that the government has launched ‘Made in Pakistan for Australia’ campaign on Facebook and twitter for enhancing country’s exports with Australia. Responding to a question of MNA Ms Shamsu Nisa in National Assembly during question hour, he said the main aim of the campaign was to increase exports by running different promotional campaigns about Pakistani quality products such as home textiles, spices, sports, goods and mangoes being sold in Australia especially in the mainstream chain stores.

The platform was also being promoted during different events organized/attended by the Consulate General for public outreach. To promote IT exports, he said an initiative has been launched by the Ministry of Commerce, Consulate General in Sydney and Pakistan Software Export Board. Under the initiative a series of back-to-back sessions on various IT issues were held last year. Assumedly, due to increased financing in the IT sector, Pakistan remittances from Australia have also increased (remittances from Australia to Pakistan increased by 43pc from $474m in 2020 to $676m in 2021. Furthermore, he said Pakistani dates have been introduced in Woolworths the largest supermarket chains in Australia. This is the result of the efforts to explore new markets for Pakistani dates. After extraneous efforts, Australia accredited additional two Mango Hot Water Facilities of Pakistan in May 2021. This has increased Pakistan’s export capacity for mangoes to Australian market.

Due to these measures, the Pakistani exports would cross $300m mark. Minister for Water Resources Syed Khursheed Ahmed Shah said there was a huge difference between country’s imports and exports. During the tenure of Pakistan People’s Party, trade deficit was not more than $35b. Efforts were underway to reduce the trade deficit in next financial year.