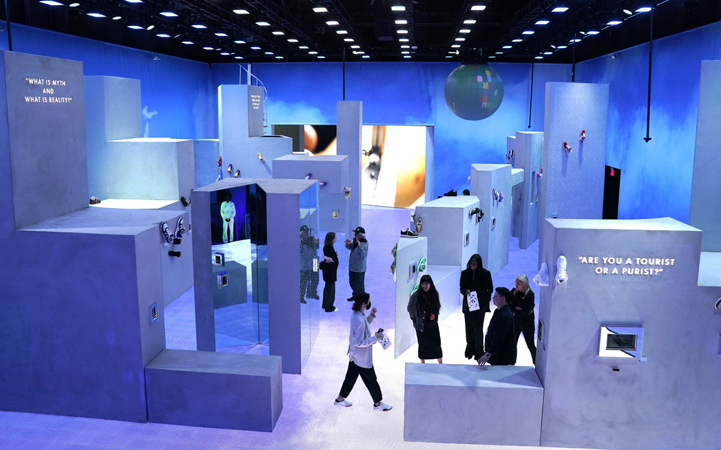 Some of Virgil Abloh’s final creations will be on public display in New York in an expo that also confers further mystique to the lucrative world of specialty sneakers. Opening Saturday and running through the end of May, the show will present 47 customized Nike “Air Force 1” sneakers designed by Abloh and assembled at Louis Vuitton’s manufacturing facility in Venice. A barrier-breaking figure in fashion who rose to become Louis Vuitton’s first Black creative director, Abloh died in November at the age of 41 due to a rare form of cancer. A close associate of Kanye West, Abloh brought street wear and a less elitist approach to the world of luxury. The exhibit comes after a February Sotheby’s auction raised $25 million from the sale of some 200 Abloh Air Force One sneakers for a scholarship fund set up in Abloh’s honour to support aspiring designers of Black, African American or African descent. Each of the sneakers contains the famous Nike swoosh in compositions across the colour palette, with some also featuring personalised details such as the flag of Ghana, a tribute to Abloh’s heritage.