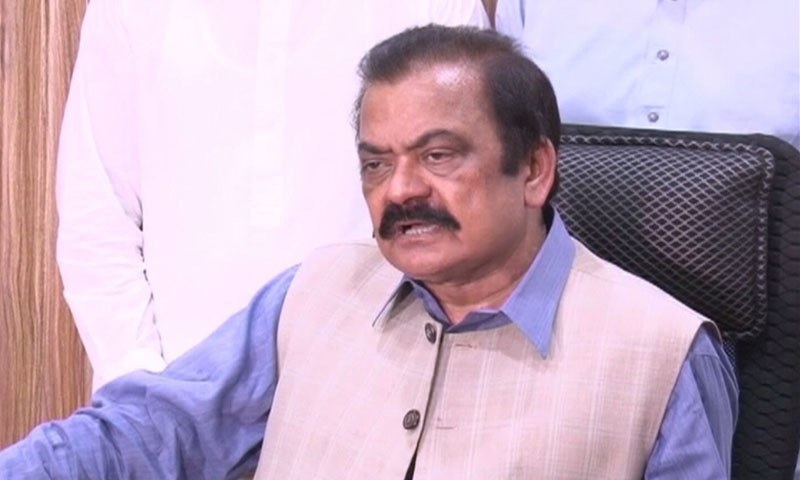 Pak-China bilateral relations and other issues of mutual interests came under discussion during the meeting, said a press release. The discussions to ensure security of Chinese nationals in Pakistan were also held in the meeting.

They expressed the resolve that Pak-China relations would not be affected by Karachi like incidents. Both sides agreed to make liaison more effective between the Interior Ministry and Chinese Embassy to ensure security. The minister expressed sorrow and grief over the loss of lives of Chinese nationals in Karachi University terror incident. The Chinese Counsellor reiterated that China would continue to provide financial and technical assistance to Pakistan in its ongoing development projects.

He expressed the hope that the investigation into the Karachi University terror incident would be completed soon and the culprits would be taken to task. Sana Ullah said all out possible resources were being utilised to ensure the security of Chinese nationals in Pakistan. Prime Minister Shehbaz Sharif was personally monitoring the security of Chinese citizens, he added.

He said culprits involved in Karachi University would be given exemplary punishment. He said Foreign National Security Desk had been set up at the Ministry in that regard.  The purpose of setting up the desk was to ensure effective liaison to ensure the security of foreigners in Pakistan, especially Chinese nationals, he added.

The minister said foolproof security arrangements had been made for Chinese residents working on CPEC projects. Relations between Pakistan and China were historical and long standing, he added.  He said Anti Pakistan elements would never succeed in their  nefarious designs to spoil Pak-China bilateral and cordial relations. Interior Secretary Yousuf Naseem Khokhar also attended the meeting.